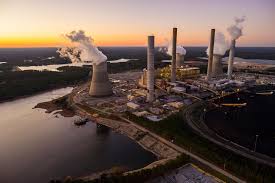 Despite the promises of the Paris Agreement greenhouse gas levels have reached record highs warned The World Meteorological Organization (WMO) on Monday, November 25, just a week before the Climate Summit in Madrid.

In its annual report on the concentration of the gases, the UN-dependent body indicated that the global average concentration of carbon dioxide (CO2), the main gas causing the greenhouse effect reached 407.8 parts per million in 2018 .056% more than in 2017.

This implies a concentration equivalent to 147% of that registered at pre-industrial levels (of 1750), and an annual increase above the average of the last 10 years, according to the observations of the Global Atmosphere Surveillance Network, which has stations in the Arctic, mountainous areas and tropical islands.

WMO Secretary-General Petteri Taalas recalled at the press conference presenting the report that CO2 can remain centuries in the atmosphere, and even more in the oceans so that its concentrations are one of the most serious problems.

He said that the last time such high concentrations of CO2 occurred was between three and five million years ago, and then the temperature was two to three degrees warmer and the sea level between 10 and 20 meters higher than the current one.

Panama | CO2 Electrostatic Charge / Cold Blast Air Equipment Benefits The cost of industrial equipment to face the environmental challenges will be off-set by the reduction of environmental disasters saving $Billions from government emergency funds year after year while saving lives.