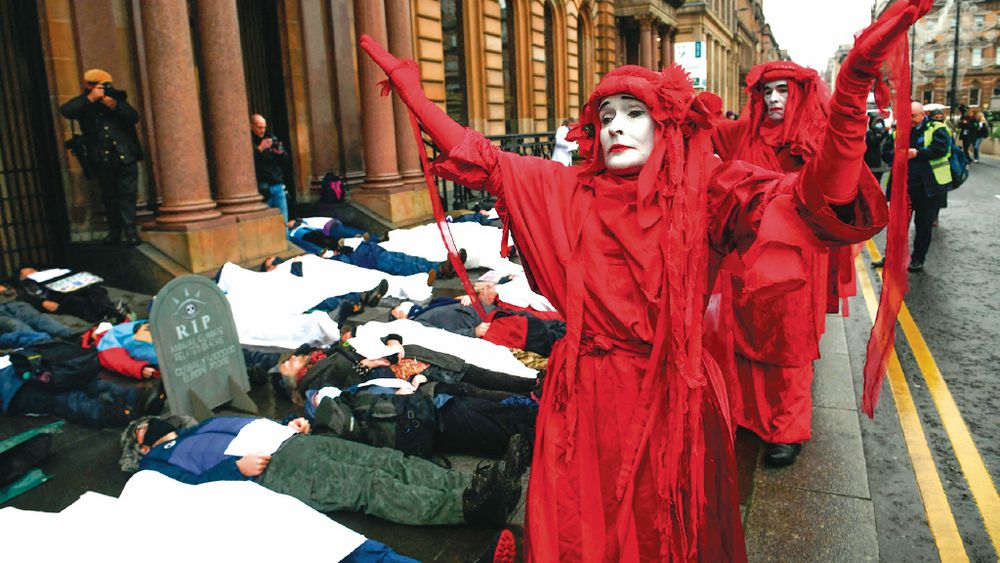 AFP, Glasgow - The COP26 began on Monday its crucial week of negotiations on how to advance in the fight against climate change, again with the gap between the north and the south as the main obstacle.

The financing of measures to mitigate global warming, the energy transition, the rules of transparency, mutual control, and even the mention of human rights again provoke struggles between the 196 negotiating parties.

"Any compromise" on this point "would amount to bargaining with the lives of billions of people in the most vulnerable countries," warned Sonam Phuntsho Wangdi.

Instead of that + 1.5ºC, the world will move towards an increase in temperature of 2.7ºC, in the best case to 2.2ºC, if the carbon neutrality targets for 2050 are added, according to the latest data from the UN

The annual UN climate conference, canceled last year by the pandemic registered an avalanche of announcements in its first week.

A hundred heads of state and government pledged to stop deforestation by 2030, and another hundred to emit 30% less methane, a gas with 80 times more greenhouse effect than CO2.

Some fifty countries promised to stop using coal to produce electricity and hundreds of private financial institutions offered trillions of dollars in credits.

At the halfway point of the meeting, the balance is bittersweet. "We've made much more progress on some things than I could have imagined two years ago, but it's far from enough," said Helen Mountford of the World Resources Institute.

The chairmanship of the negotiations, in British hands, circulated a document of just three pages, simply listing the important points that should appear in the final declaration.

Costa Rica
This type of document "curiously has been taking on great relevance now, because it has become the repository of issues that are not raised in a negotiating room," the Costa Rican chief negotiator, Ana Patricia Villalobos, told AFP.

In previous climate change conferences (COP), a draft final declaration used to circulate at the beginning of the second week, to fix the positions of the participants and accelerate the debate.

Britain, whose Prime Minister Boris Johnson was moderately optimistic at the start of COP26, has chosen to publicize this document very lightly.

Meanwhile, political leaders and personalities continue to attend the stage to encourage delegates to move forward. Yesterday, former US President Barack Obama spoke, saying that "most countries have failed to comply" with the goals of the Paris Agreement. “We have not done enough to tackle this crisis. We are going to have to do more ”.