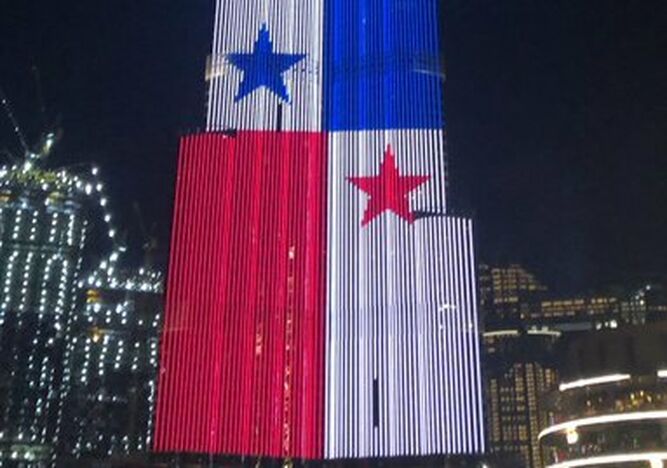 The reported near $70,000 price tag for a three-minute illumination of the world’s tallest building with the Panamanian flag has been widely criticized on social media but downplayed by Ricardo Laviery Panama’s newly appointed ambassador to the United Arab Emirates.

Companies such as Walt Disney and Huawei have used the facade of the Burj Khalifa tower for recent promotions. For Panama, it was to celebrate the 116th anniversary of the separation of, the country from Colombia an event celebrated with official ceremonies and massive parades in the fatherland.

The $68,900 cost of the Panama flag debut was revealed in Arabian Business magazine.

The ambassador denied that the showing  'gesture' had any cost. "It was deference from Dubai and the friendly people of the Emirates to Panama. We paid nothing for that; it was only management made with love for our homeland," said  through his Twitter account

MEDIAWATCH: Queen Elizabeth topped the ex-royal st...
3
Over 3,000 including children displaced in narco ...
3
Meghan’s father could testify against her say UK...
1
After fires  surviving Koalas could be endangered...
0
WORLDVIEW: Thousand die but Ukraine paradox live...
0