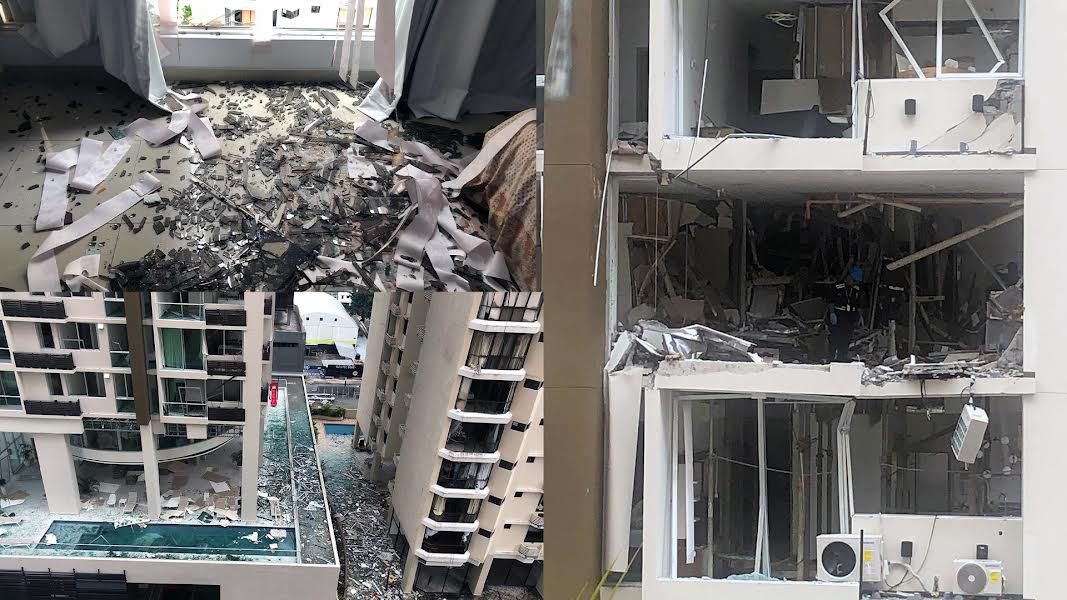 One month after the explosion on the twelfth floor of PH Urbana on Calle 54 in Obarrio leading to 20 injured people and the evacuation of 600 in neighboring apartment buildings, affected residents remember the unfortunate event and demand greater speed and transparency from the ongoing investigations.

A preliminary report on the causes of the explosion still needs to be delivered, to reveal who is responsible and prevent situations of this type from happening again.

Roritza Marciaga owns an apartment on level 18 of PH Urbana. The keys to the property were handed over to her at the end of  September. On national holidays, she planned to fix it to move, but since the events of November 1, all her plans have taken a 180-degree turn reports La Prensa.

On the day of the explosion, she was on her way to her office through the South corridor when she heard the first reports of the incident in Obarrio on the radio. “When they were giving more information, she alone in the car, she said: ‘My God, let it not be on Calle 54, let it not be the PH Urbana, ”she recalls.

“There have been explosions in the country, however, the magnitude of the damage has been unprecedented for both Urbana and third parties. What is most striking is that it is a new PH. Thank God it wasn't totally occupied,” she says.

Marciaga hopes that with all the transparency in the world – and if the authorities declare the PH Urbana habitable – all possible guarantees are given that we can indeed return with the greatest security in the world. They want to sleep in peace.

“This uncertainty as human beings affects us. You have to think that many families will not have Christmas as they expect at home ”, she points out.

Mabel Guerra was about to occupy one of the apartments that she acquired on the 18th floor a. Until before the explosion she was buying the white line, painting, and regular aspects in every move.

Her plans to live at the Urbana have been delayed, but they still stand. Her apartment is on the opposite side of the 12th floor where the explosion occurred and did not suffer major damage but she is still awaiting the results of the investigations