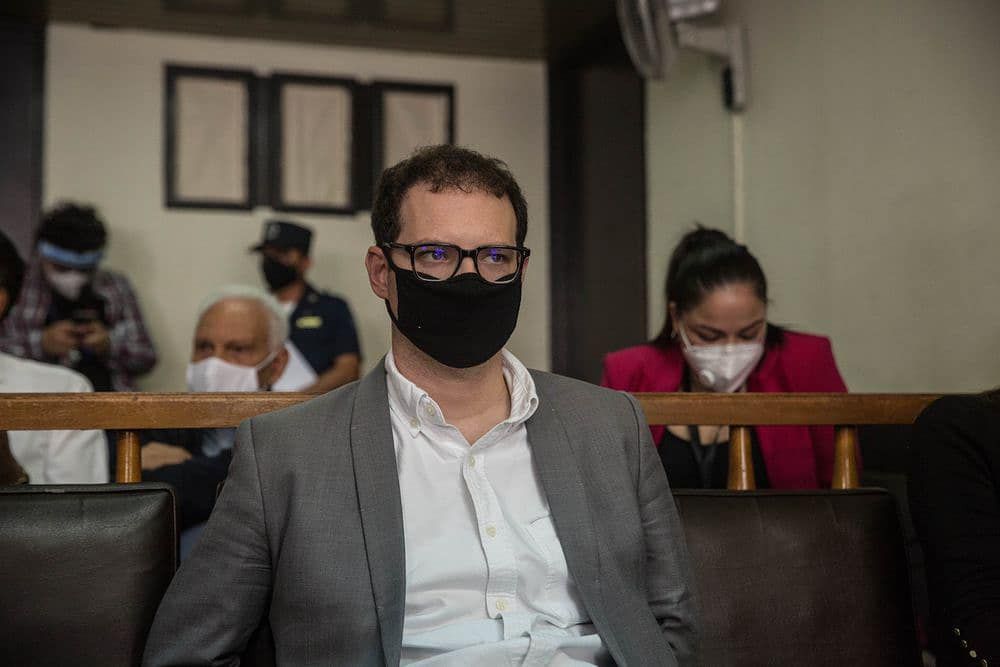 The National Institute of Forensic Sciences of Guatemala (Inacif) reported on Monday, May 3 that Luis Enrique Martinelli Linares - son of former President Ricardo Martinelli - was evaluated through a clinical cardiologist and the examination determined that his general health status is stable and does not warrant being admitted to a hospital.

The Fifth Court of Criminal Sentencing, Drug Trafficking and Crimes against the Environment of Guatemala ordered last week that a forensic doctor examine Martinelli Linares, after he asked to be transferred to a hospital for alleged heart problems.

The medical evaluation was carried out at the Mariscal Zavala military prison, where Martinelli Linares has been detained since his capture, on July 6 at Guatemala's La Aurora airport, at a time when he was trying to board a private plane to Panama along with his brother Ricardo Alberto Martinelli Linares, who has also been detained since that date.

On April 27, Denis Cuesy, lawyer for the Martinelli Linares brothers, announced that he would be tested.

It was reported that this medical evaluation was carried out last Thursday 29 and, according to the results, as stated, the detainee does not require hospitalization.

The two sons of former President Ricardo Martinelli (2009-2014) are requested in extradition by the United States government to answer for an accusation filed in the Eastern District Court of New York, on three charges: one for allegedly conspiring to launder money and two more for allegedly hiding information on money laundering.

Both brothers, whose extradition is aired in two different Guatemalan courts, have objected to the process through various remedies, without positive results so far.

(With information from Ronny Ríos of El Periódico de Guatemala).

He looks so unhappy. I bet he is crapping out bowling balls by now.