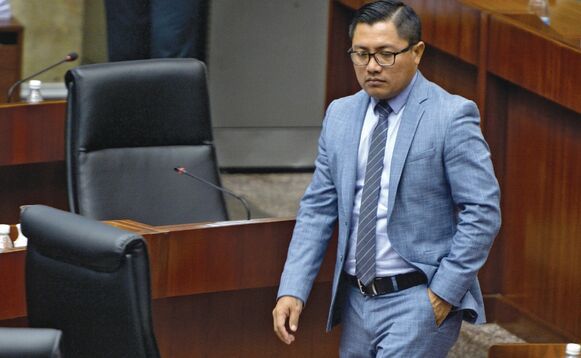 The control hearing scheduled for Thursday, December 5 for  PRD deputy Arquesio Arias was suspended because of health reasons of the judge of guarantees, Harry Diaz, judicial sources reported.

Deputy Arias is being investigated in the Supreme Court for the alleged carnal rape and libidinous acts to the detriment of two young women, one of them a minor.

The hearing, which had been requested by the magistrate Olmedo Arrocha , was rescheduled for Thursday, December 12.

Arias remains under house arrest, a decision that was imposed by the full plenary of the Court on October 21.

As a security measure, the deputy was ordered to surrender his personal and diplomatic passports.

The Comptroller General has suspended his pay while he remains under house arrest.