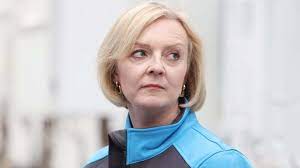 Former cabinet minister Grant Shapps has said that Britain’s new Prime Minister Liz Truss would lose a Commons vote on cutting the top rate of income tax. Her plan to scrap the 45% rate has caused market turmoil, a collapse in the polls and a growing backlash from Tory MPs. “I don’t think the House is in a place where it’s likely to support that,” Shapps told the BBC.

So far, 14 Tory MPs have come out publicly against the plan, said The Times and Michael Gove has forecast that Truss will abandon it before it comes to a vote in the House.

Meanwhile, Labour is “very clearly the favourite” to form the next government, the respected polling guru John Curtice told Tory activists in Birmingham. He said that new prime minister Liz Truss was now as unpopular with voters as Boris Johnson was when he was ousted, adding that even if Labour’s current double-digit poll lead was reduced before the next election in 2024, Labour was still likely to take power. The analysis was greeted with dismay and cries of “wow” from activists.

Food worries
Meanwhile, a  study has found that nearly half of the UK’s young people worry that they will not be able to afford food this winter, and more than a third plan to leave education or training to start earning. The Prince’s Trust research, which The Times said “painted a bleak picture for young people amid spiralling inflation,” found 46% of 16 to 25-year-olds in Britain were worried about not having enough money to buy essentials such as food, toiletries and clothing.