Prince Harry wants to reconnect but sees no desire for reconciliation 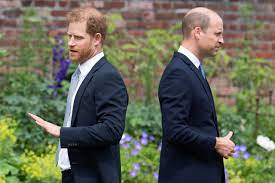 AFP, London. - Prince Harry wants to "reconnect" with his father, King Charles III, and with his brother, but sees "no desire for reconciliation", according to an excerpt from an interview prior to the publication of his memoirs.

A month after the premiere on Netflix of the documentary about Harry and his wife Meghan, the British monarchy is preparing for new revelations about the couple's departure to California in 2020 with the publication January 10 of the book "In the shadow".

Coinciding with the publication of the book, the prince gave two interviews, one to the British network ITV and another to the American CBS, which will be broadcast on Sunday.

"They have shown absolutely no willingness to reconcile," the Duke of Sussex said in a preview broadcast on ITV on Monday, without making it clear who specifically he was referring to.

The criticism comes at a time of transition for the British royal family after the accession to the throne of Charles III, after the death of Elizabeth II on September 8 at the age of 96.

The sovereign of the United Kingdom and 14 other Commonwealth States will be crowned on May 6, in a grand ceremony broadcast around the world.