Panama says no to use of armed  force in Venezuela 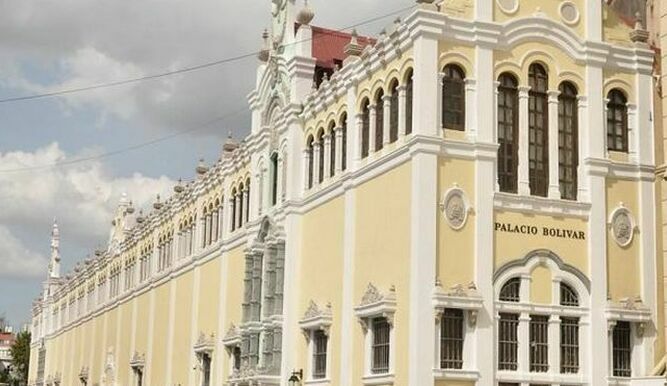 The Government of Panama said that it abstained in the vote on Wednesday at the OAS to convene the Consultative Body of the Inter-American Treaty of Reciprocal Assistance (TIAR), since it "contemplates the possibility of the use of the armed force in Venezuela  reports TVN.

"Panama, consistent with its tradition and its history, considers that a military intervention is not the most appropriate way to solve an internal political crisis, which is why it abstained from voting," the Panamanian Foreign Ministry said in an official statement.

Twelve countries of the American continent took on  Wednesday,  a first step in activating the TIAR in a session in the Permanent Council of the Organization of American States (OAS), considering that the "crisis" in Venezuela represents "a clear threat to peace and security "in the region.

The twelve nations that supported the TIAR (a kind of American NATO that opens the door to military intervention) are: Argentina, Brazil, Chile, Colombia, El Salvador, USA, Guatemala, Haiti, Honduras, Paraguay, Dominican Republic and Venezuela, the latter represented by the delegates of the Venezuelan opposition leader Juan Guaidó.

The  twelve countries decided was to convene a meeting of the foreign ministers of the signatory nations of the TIAR so that, in the second half of  September, at the margins of the UN General Assembly in New York, they decide what measures to be taken regarding Venezuela.

The Government of Panama said in its official letter that "it will participate in the ministerial meeting of this Organ of Consultation that will be convened, and will advocate the urgent and urgent need to find a solution to this serious crisis and end the suffering of millions of Venezuelans ".

"Panama will continue to support regional and multilateral efforts to achieve an immediate, democratic and peaceful solution to the economic, social, political and humanitarian crisis that Venezuela is going through and the Venezuelan people are suffering," said th
Share
Previous Post
“No mercy” promise  for 31 years sexual slavery suspect
Next Post
WORLDVIEW: Pelosi and Trump join hands on China

The U.S. | China Takes Stock of Essentials Includes Crude Oil What China Knew and the agenda: The China agenda with their allies... [Russia / Cuba, Iran, Turkey, N. Korea and Panama] China's collaboration through data base collection of nations supply system give China a unique leadership position in the goal of taking down the U.S. China has had the extreme global privilege to gain... 1. U.S. global [technologies] in virtually all fields and industry. 2. U.S. global [capital] in terms of U.S. global trade surplus. 3. U.S. global [data base information] in partnership with Russia. 4. U.S. global dominance of [corporations and businesses]. 5. U.S. global control of political campaigns with direct / indirect influence of targeting U.S. businesses of an unfavorable political leader. 6. U.S. global hack of Pentagon for future control of U.S. national security. 7. U.S. global control of businesses in China for [forced technology transfer]. 8. U.S. global control of corporate executives pledge of loyalty. 9. U.S. global control of essential products to survive the aftermath of a major war. 10. China global control of China Sea, Taiwan, Hong Kong Europe and... ALL nations including imminent and eventual control of [Panama]...through all avenues of allied strategic cooperation using technologies and artificial intelligence. Turkey aligned with Russia purchased S400 (Russian) missiles and wants U.S. made missiles to compromise the U.S. F-35 jet fighter's capabilities. Russia urgently in full mode production will stop at nothing to have unlimited long range nuclear hypersonic missiles for the ultimate destruction of the United States. China essentially gains: Global capital, information, technologies, executives, essential products, alliances and future alliances, currency manipulations and various optional strategies for China's favor and the willingness to aid financial support to allies for the common goal of a U.S. global takeover for the cause of... China as the sole Super Power. Does China want to negotiate? Not for any U.S. advantage. China waits for a U.S. democratic election for a Socialist agenda for U.S. democrats compromise with appeasements in China's favor. In cooperation with Iran planned strike of Saudi Arabia's oil... China stocked their oil supply for this event. A plan the U.S. and international security should have anticipated. It appears the U.S. and its allies has choked on... Iran and is allowing Iran to disrupt the oil supply of its enemies. Iran will continue to use drones effectively for critical area destructions forcing an immediate global war blamed on the United States. Iran has always demonstrated its true color with proxy wars and blood shed. China continues to chip away for global advantages for a strong aftermath war recover and artificial intelligence global control.