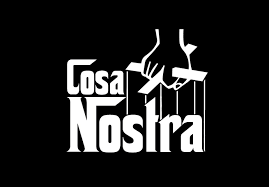 An old virus has appeared in the National Assembly: that of creating new townships. The deputies have been accurate: they choose the most unfortunate moments to try to ensure their political survival, because, at this point, they calculate how down  they are that they have already begun to draw up a political plan with which they intend to guarantee, at least, a more period in the seat. These deputies have proven to be both incapable and opportunistic: they either make laws to create or formalize patron saint festivities, or to create more townships.

But not a single law that serves their constituents. It is political roguery in all its glory. They look for political spaces to control; they intend to fatten a payroll that already suffers from morbid obesity, with officials who do not work; people just as useless as them. How will Panama survive the greed of politicians who have such grotesque intellectual limitations? Can you explain what one more village is for? These are just maneuvers for the 2024 elections. What a pity that, instead of legislating in search of the common good, what they do is make society even more ill, with examples that would make Cosa Nostra proud. - LA PRENSA, Sep. 25