OPINION: Whose in charge of Panama? 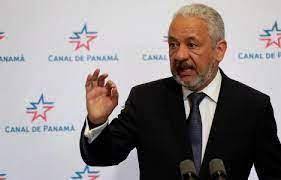 In the state company Mi Bus there are 300 damaged units, waiting for parts that may arrive in a month or six months; In the Urban and Home Cleaning Authority there is no way to collect garbage due to lack of equipment and surely also gray matter; The National Police does not find the whereabouts of a former mayor convicted of crimes against the public administration when there are people who run into him everywhere; The Government manages the State budget with such carelessness that the rating agencies have openly warned that Panama may lose its risk rating. In politics, almost the entire caucus of Cambio Democrático was expelled and its mandate revoked for giving its vote for president of the National Assembly to a PRD, while the latter yesterday joined the defense of its opposition as if it were a member of CD; The President of the Republic vetoes – without a single compelling reason – a law against the conflict of interest while his government spends $725 million from the Panama Savings Fund without telling anyone or explaining why he used money that he should have expressly requested. News of only about three days that leads us to ask ourselves, is someone in charge of the country? - LA PRENSA , Jun. 14.