Greed of politicians mirrors the dictatorship 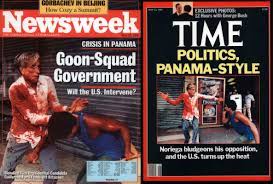 Thirty-three years ago, a cowardly squad of serviles from the military regime attacked at close range – two days after winning the 1989 elections – the leaders of the Democratic Alliance of Civilist Opposition, led by Guillermo Endara, Ricardo Arias Calderón and Guillermo Ford. The military was unable to hide the victory of the alliance, which obtained more than 70% of the votes, so the country was experiencing an uprising due to rumors of fraud. Thousands took to the streets to protest and fulfill the will of the people. The military reacted furiously to crush the movement personally led by those who had won those elections. The blood of brave patriots was shed in those days and in the months before, when tens of thousands faced weapons and boots with white scarves and with firm and determined courage. It was their  legacy to future generations; sacrifices for us to live in democracy. But there was no lack of opportunists, who have taken advantage of this climate of freedom for debauchery, turning our democracy – which cost so much – into this sad caricature that embarrasses and offends. It is our democracy that today suffers the beatings of politicians, whose greed is equal to or worse than that of the military of that time. LA PRENSA, May 10.