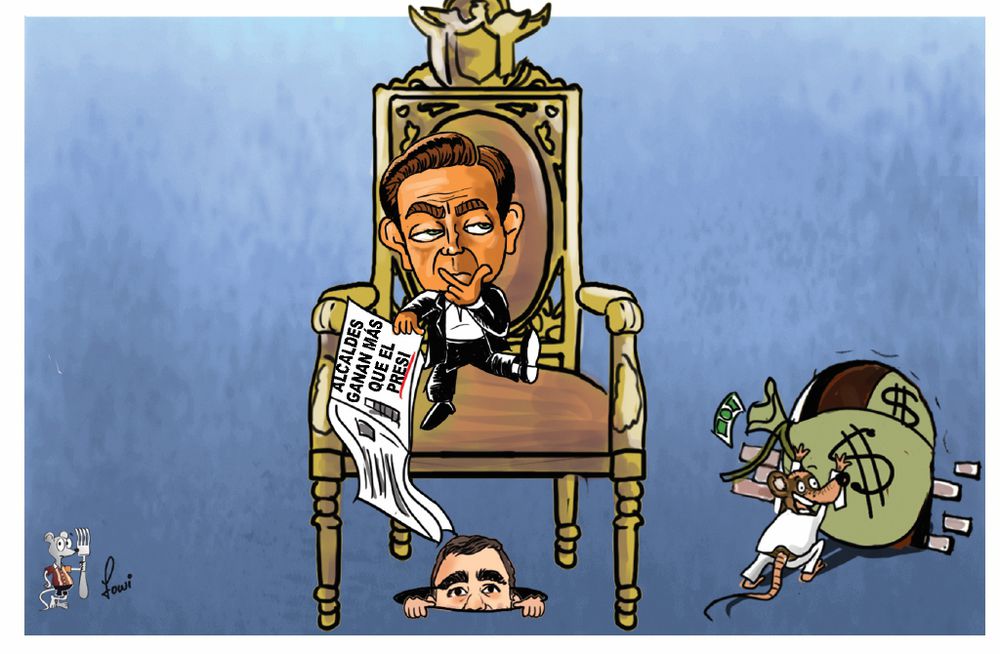 The headline in the La Prensa cartoon reads:"Mayors paid more than president

If mayors and corregimiento representatives worked in a private company, their income would be equivalent, in many cases, to that of the general manager, but, not content with that, they also have to be paid a per diem for the meetings they attend, despite the fact that their duties include their presence in these.

We are in the presence of brazen and institutionalized theft. It is very attractive to apply for these positions, because, once in them, everyone gets whatever income they want and no one demands a penny from them, despite the fact that no one needs $3,000 or $5,000 to spend on getting around, unless they do  it in a helicopter.

In reality, they steal every dollar, because they don't even do their job properly. And they hide nothing because there is no reason to do so. The robbery is done with the complicit smile of the comptroller, who no longer controls, only corrects. All these politicians have lost their shame and lack the morals to talk to us about anything. They are nothing more than a vulgar white-collar gang, which we have put into these positions with our votes, many exchanged for a turkey, a bagel or five bags of cement. So we share, like trinkets, sold by the dozen and at a discount. – LA PRENSA, Jan. 18.