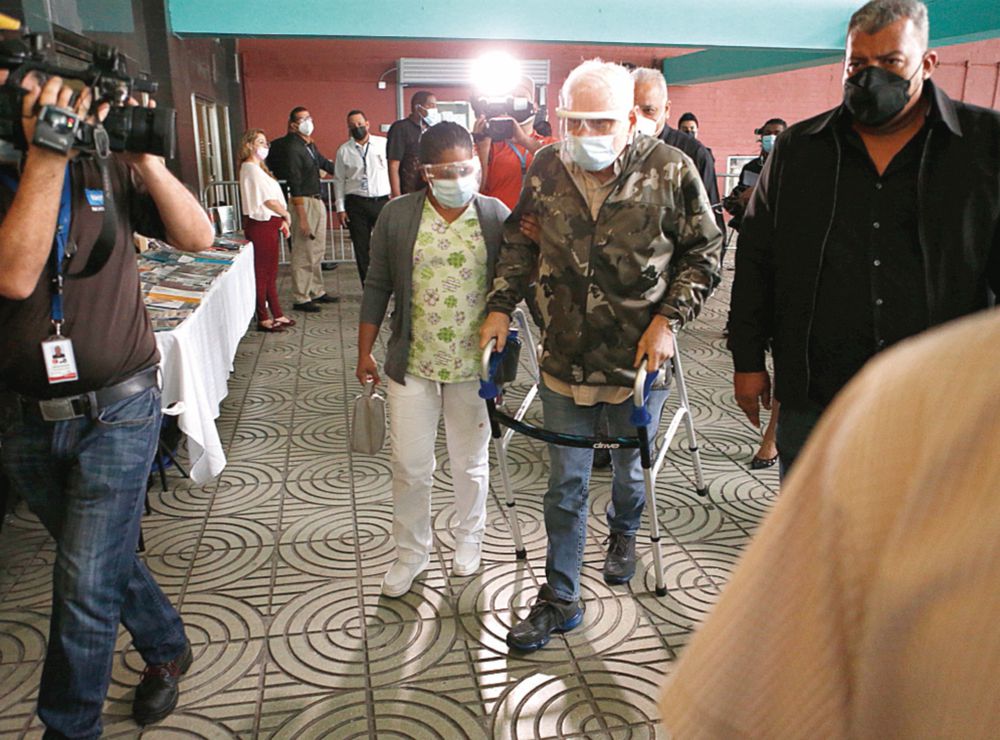 As promised  ex-president, Ricardo Martinelli  was a no show at  the Anticorruption Prosecutor's Office on  Friday, July 3 to face  an investigation into the Odebrecht case, claiming as so many times before” disability”

His lawyer Roniel Ortiz appeared at the Public Ministry and explained that the disability certificate that cardiologist Gabriel Frago signed for him and that was initially from July 1 to 3, was extended to July 7.

This reports La Prensa is the same doctor who issued the incapacity that he presented on Thursday at the Superior Prosecutor's Office against Organized Crime, for an investigation of alleged money laundering in the case known as New Business where he invoked article 25 of the Constitution, which says that no one is obliged to testify against himself. He was prohibited from leaving the country and must report on the 15th of each month.

But medical incapacity is not the only legal strategy of the former president says La Prensa. He accused two of the prosecutors who have been handling the Odebrecht case for years: Tania Sterling and Ruth Morcillo. And he also challenged the prosecutor Emeldo Márquez, who is advancing the New Business case, tracking the purchase of the Epasa Group, allegedly with public funds.

"The mere signing of the investigatory resolution of Ricardo Martinelli is an abuse of authority and overreach of functions of these prosecutors, who have assumed the role of judge," said  Ortiz, who, , announced that next week they will proceed to freeze  the salary of prosecutors "who have broken the law."

Martinelli also clings to the principle of specialty contemplated in the extradition treaty between Panama and the United States, which states that a person can only be prosecuted for that case for which he was requested in extradition (illegal wiretapping of opponents ) and with the endorsement of the country where he was extradited. T

he United States, through its embassy in Panama and the State Department, has said since December 2019 that Panama does not need an endorsement to prosecute Martinelli for other cases, since it has traveled abroad since September 2019, thus incurring one of the exceptions to the specialty principle.

The name of the game is money. Martinelli has money. It is no different than here in the United States where a convicted child molester that has money will go free like Michael Jackson. The only Justice that will ever be had is after death