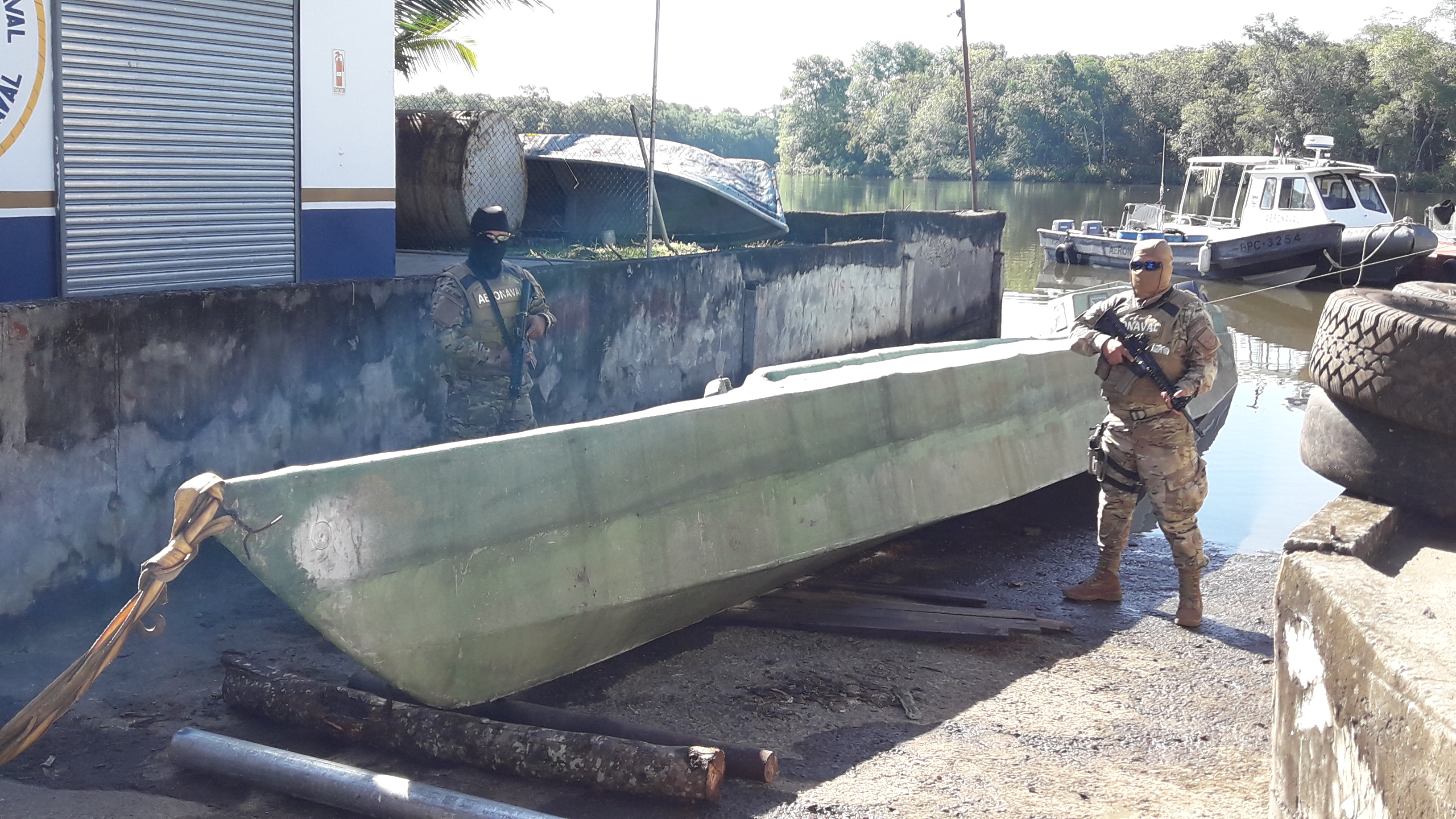 Units of the National Air Service (Senan) have seized a 50 ft semi-submersible loaded with 1,234 packages of cocaine with a street value of multi-millions of dollars off Punta Burica on the western Pacific coast of Chile.

José Hernández, commissioner and head of the first Aeronaval region said that important seizure took place through patrolling and control of marine traffic between Panama and Costa Rica.

"This is an LPB vessel, a low-profile (semi-submersible) vessel 50 feet long and four feet wide in an artisanal structure which seeks to minimize its presence and be undetectable," said Commissioner Hernandez

He indicated that it is an artisanal structure that its manufacture tries to minimize its presence and be undetectable by naval and aerial means.

According to the authorities' report, the first seizure in Panama where a semi-submersible is achieved,   with the illicit substance and the crew on board

Diana Callende  the first superior prosecutor, said that it is a new vessel with a strategy not to be detectable, but it is a crime of international traffic with a  penalty from 10 to 15 years

During this operation, the three foreign citizens, two Colombians and an Ecuadorian were placed under the orders of the Drug Prosecutor's Office in the province of Chiriquí.

The vessel  was taken to the base of the Senan in Puerto Pedregal in Chiriquí.