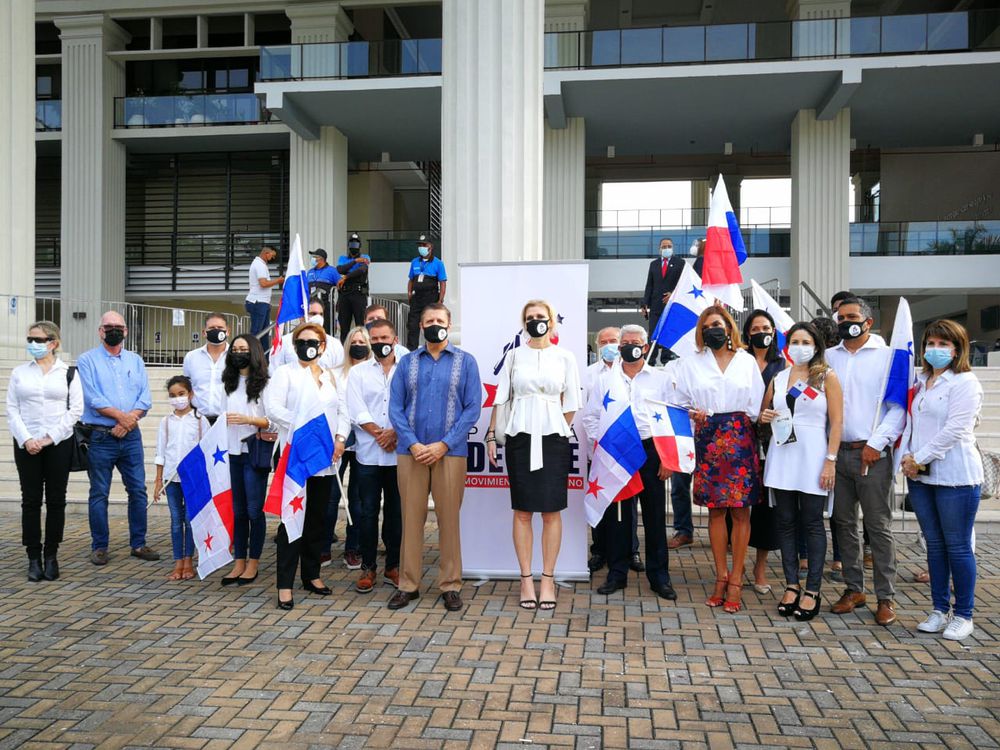 Representatives of the Panama Decide citizen movement  on Tuesday, May11  delivered a memorandum to the Electoral Tribunal (TE), in which they express their intention to convene a parallel Constituent Assembly.

“We are moved by the common purpose of building a new Panama. It is the opportunity that citizens have to set the course that the country has followed in recent decades, plagued by corruption and abuses of power, ”said Carlos Ernesto González Ramírez, who chairs the movement.

González Ramírez exhorted all those citizens "tired of the live game that causes impunity, cost overruns, lack of attention to basic services and a bad international image of the country" to sign in favor of a parallel constituent. "Changing the Constitution , which is the basis of the organization of the State, is the only way to have changes in the Executive, the Assembly and the Court," he said.

Seventy Panamanian citizens –all founders or members of Panamá Decide– and representatives of different political groups and organizations that support the initiative have signed the memorandum to start the process.

580,742 signatures need to be collected to make the call. The six-month period to gather the signatures will begin to run on the business day following the two weeks of training that the activists of the movement must receive from the National Directorate of Electoral Organization of the TE.

The Panama Decide movement called on Panamanian citizens to be aware of the website, social networks, and the media to know the details of the start date for collecting signatures throughout the country.

Panama: Representative of Different Political Groups? What??? Political groups and another... Trojan Horse imposter taking control? Form a new government or a parallel constitution for those elites again? Better yet... let Martinelli join the group, he will be the first to sign with his co-horts. Panama Decide has just lost... ALL CREDIBILITY, IT'S A JOKE AND ANOTHER SLAP IN THE FACE! As usual, the work of the... underground Italian Martinelli henchmen operation. A parallel [Constitution]... WHAT A JOKE! A circus act of sacking Panamanians with another parallel [Constitution] or legitimate pure and innocent body of... WOLVES IN SHEEP CLOTHING! Pass the ham please.