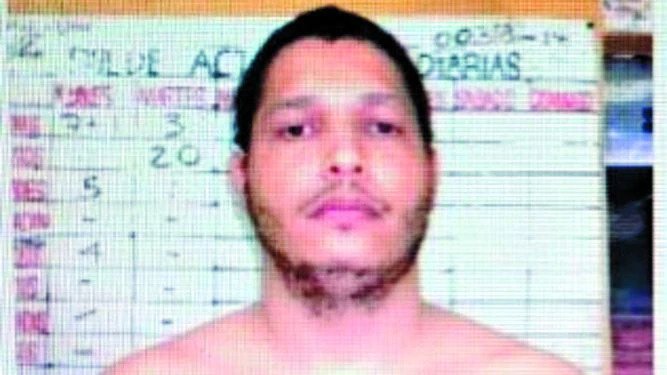 Dominican  prisoner Gilberto Ventura Ceballos serving 50 years for the kidnapping, torture, and murder of five La Chorrera students of Chinese descent is on the loose again after escaping from La Joya prison on Tuesday, February 4.

A massive police hunt is underway and an official investigation has opened to determine persons linked to the breakout.

Early reports said that that his escape was detected a 7:35 am on Tuesday,  during the morning count of inmates.

Ventura Ceballos - who escaped for the first time on December 28, 2016 - would have escaped from the prison at dawn on Tuesday. He was recaptured in Costa Rica after his last breakout.

He was in sector C of courtyard 3 and in cell 21 of La Mega Joya, whose security is in charge of the National Police.

The Police have activated checkpoints in all areas of the country and a helicopter search has been activated.

Ventura Ceballos was recaptured on September 29, 2017, in Costa Rica and in 2018 he was sentenced to 50 years in prison His victims were: Yessenia Argelis Loo, Yong Lian Wu, Samy Zeng Chen, Georgina del Carmen Lee and Mauricio Liu Wong. They were kidnapped and killed between 2010 and 2011.

If they catch him again, send him back to the Dominican Rep. Along with whoever helped him escape. He couldn't do it on his own.