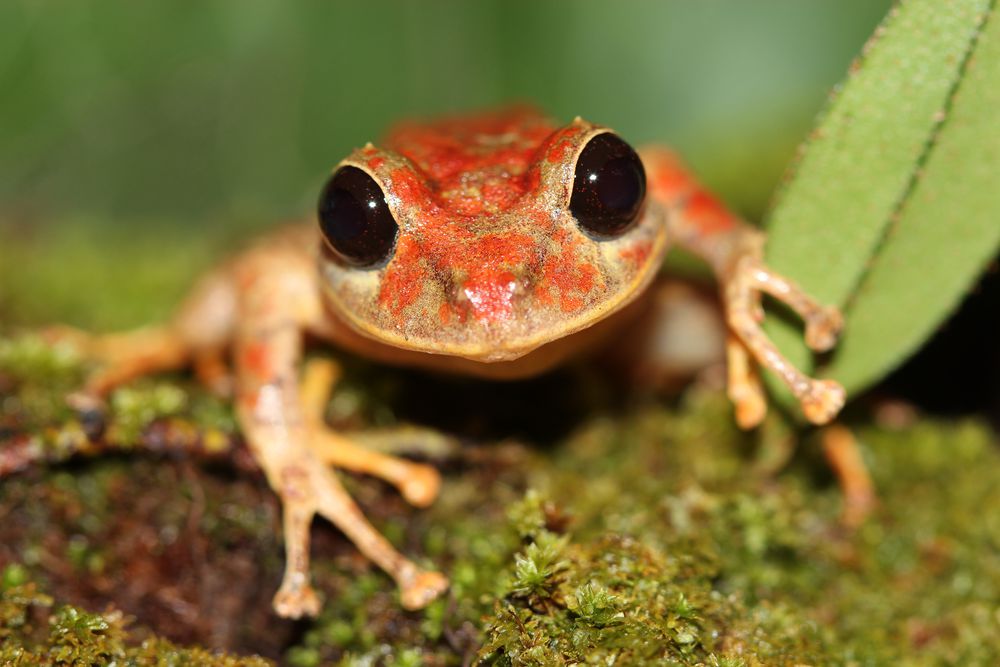 A new frog discovered in Panama has been named 'Pristimantis gretathunbergae sp in honor of Swedish environmental activist Greta Thunberg.

This discovery was made by an international team of biologists, led by Panamanian Abel Batista (Chiriquí, A doctoral fellow of the National Secretariat of Science, Technology and Innovation (Senacyt); and the Swiss Konrad Mebert, on Cerro Chucantí, on the provincial border between Panama and Darién, reported Senacyt.

The frog has black eyes, a unique trait among Central American rain frogs. The habitat of this frog is severely fragmented and threatened by deforestation for agricultural activities. Climate change is another threat, as rising temperatures would destroy their mountain habitat.

The region around Cerro Chucantí has already lost more than 30% of its forest cover in recent years, so conserving the habitat of this new species is essential to guarantee its survival. The deadly chytrid fungus poses an additional threat to amphibians.

The scientific article that officially describes and names the frog was published Monday, January 10, in the magazine ZooKeys of the Pensoft publishing house.

Throughout his more than 20-year career, the Chirican researcher Abel Batista, a doctor in biological sciences specializing in the study of amphibians and reptiles, has identified more than 30 species new to science, in which he participated as main author or co-author.

Brand new discovery and alrrady they know that climate change os going to kill it. I call an Bullshit. And like greta did the frog have a bunch of junk food wrappers in the back seat of its car?