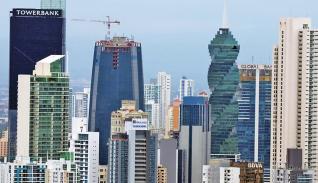 High levels of corruption,  a weak judicial system a reputation for unpaid government bills,  and labor unrest hamper Panama’s Investment climate says a US State Department report although it praised the country for having one of the best growth rates in the region.

The report also highlights that Panama's presence on the gray list of the Financial Action Task Force (FATF) since June 2019 due to systemic deficiencies in the fight against money laundering and terrorist financing, increases the risk of investing in Panama.

Panama's investment climate is described as mixed, since at the same time, during the last decade, Panama was one of the fastest growing economies in the Western Hemisphere.

Panama also has one of the highest GDP per capita rates in the region and has several investment incentives, including a dollarized economy, a stable democratic government, the second largest free trade zone in the world, and 14 international agreements. of free trade.

Similarly, it highlights that although the Panamanian market is small, with a population of just over 4 million, the Panama Canal provides a global commercial center with incentives for international trade. The US State Department document adds that the Government of Panama is eager for international investment and has several policies to attract foreign direct investment (FDI).As such, it continues to attract one of the highest rates of FDI in the region, at $4.6 billion in 2020, according to the US Bureau of Economic Analysis.

Covid vaccinations
The study underlines that Panama's high vaccination rates of 80% of the eligible population with at least one dose and 70% with at least two doses as of March 21 have contributed to its economic recovery."

“As the global economy recovered, Panama's service-dependent industries and infrastructure recovered significantly in 2021," the document reads.