After 5 years no lessons learned from Panama Papers 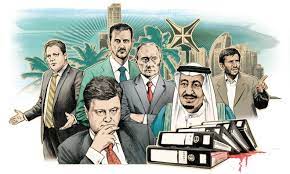 Five years after the “ Panama Papers” revealed the activities of the Mossack Fonseca law firm, Transparency International (TI) based in Berlin, queries whether anything has been learned.

"Mossack Fonseca was just one of the many law firms that continue to operate as corporate service providers, incorporating companies in offshore jurisdictions on behalf of clients, acting as shareholders and nominee directors, and managing these companies for an annual fee," says TI, pointing to gaps in the regulations on corporate property and deficiencies and delays in the creation of a registry of final beneficiaries.

TI refers to the role of resident agents in the creation of offshore companies and the exchange of information. In the event of an investigation, the authorities request information from the corporate service provider and, "if they are lucky", this "will reveal the information in time, this information will be accurate and the provider will not notify its client in the meantime."

The note also refers to the lack of updating of the information and the fact that the authorities have to indicate the reason for which they are requesting the details about the owner, which can lead to the agents informing their clients.

"Five years on, it seems unthinkable that such a flawed model remains in force and that it be considered a viable option in a country's anti-money laundering framework."

One of Panama's bets to improve access and exchange of information is the creation of a registry of final beneficiaries. Although it was approved in March 2020 the Panamanian registry of final beneficiaries “only exists on paper”, while the “Government has not taken steps to adopt the regulation and it does not seem likely that they will take place in the near future ".

"Panama continues to rely on poorly supervised resident agents, and Panamanian companies continue to be considered a secret weapon to commit crimes and launder money," the note said.

The Panamanian Chapter of Transparency International has warned that the regulation, as it stands, has gaps that will affect its effective implementation, such as its limited access -the proposed registry would be private and not public- and the lack of responsibilities to ensure the veracity and accuracy of the information provided.

The Panamanian organization has also questioned that the bill does not include the General Directorate of Public Procurement as one of the competent authorities to request information from the registry and has stressed that the focus should not only be to provide information when required by authorities. foreign countries, which in turn is linked to Panama's efforts to get out of the Financial Action Group's gray list, but to take advantage of them internally to promote transparency in the country.

“An effective beneficial ownership regime would do much more than help Panama remove its name from the gray lists. There is growing evidence in countries that have already put in place effective beneficial ownership disclosure systems that such a system would also help authorities to be better equipped to detect and combat corruption, conflicts of interest in public procurement It would also support businesses and help increase trust and integrity in the business and financial sectors. "