The US swops two Maduro relatives for seven Americans 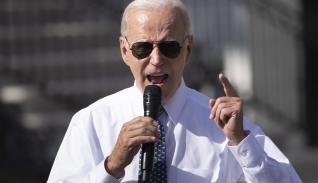 The United States released two relatives of Venezuelan President Nicolás Maduro, convicted of drug trafficking, in exchange for the release of seven Americans imprisoned in Venezuela, including five directors of the Citgo oil company.

The exchange is the result of talks that began on March 5, when Maduro met in Caracas with a high-level US delegation headed by Juan González, President Joe Biden's adviser for Latin America, the government said in a statement. The talks, which US officials described as "tough", have intensified in recent weeks, and the exchange finally took place on Saturday. It took place in a country "between Venezuela and the United States" and that Washington has preferred to keep secret.

Two planes landed Saturday, one from Venezuela and the other from the US, the negotiators verified the identity of the subjects and the exchange took place.

Among those released are five directors of Citgo: the former president of the company José Ángel Pereira and the former vice presidents Tomeu Vadell, Alirio Zambrano, Jorge Toledo, and José Luis Zambrano, the latter four with US nationality as well as Venezuelan. Tomeu Vadell and five other executives were arrested in November 2017 after the Venezuelan state company Petróleos de Venezuela (PDVSA), on which the American company Citgo depends, invited them to meetings in Caracas.

The Biden government and the families of the detainees allege that PDVSA tricked them into going to Caracas with the intention of arresting them and using them as political hostages Once they were accused of various crimes, such as embezzlement of public funds, money laundering, and illicit association. One of the Citgo executives who was imprisoned, Gustavo Adolfo Cárdenas, was released in March of this year after the visit to Caracas by the US delegation.

The other two Americans who were released this Saturday are Osman Khan, who was arrested in Venezuela in January of this year, and retired Marine Matthew Heath, arrested in 2020 and accused of terrorism for his alleged participation in an undercover operation to sabotage oil facilities In exchange for the seven Americans, Maduro has managed to get Efraín Antonio Campo Flores and Franqui Francisco Flores de Freitas, nephews of the Venezuelan first lady, Cilia Flores, to return home. They were sentenced in December 2017  to18 years in prison for drug trafficking.

In its statement, the Venezuelan government limited itself to announcing the release of "two young Venezuelans unjustly imprisoned" in the US and did not give details about their identity, which was announced by US officials at a press conference in Washington.

The two Venezuelans were arrested in Haiti on November, 2015 by agents of the US Drug Enforcement Agency (DEA) and extradited to the US to face trial