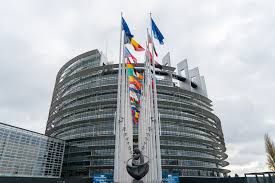 The European Union has removed Oman and the Cayman Islands from its list of tax havens but Panama remains and  Anguilla and Barbados have been added European Union finance ministers announced on Tuesday, September 6.

The Cayman Islands, a British overseas territory, had been added to this list in February.

Meanwhile, the NGO Oxfam condemned the decision to remove the Cayman Islands, “one of the most famous tax havens in the world”, from the EU list “further proof that the procedure does not work".

“Tax havens are robbing rich and poor countries of hundreds of billions a year, money that would be needed more than ever in the covid-19 pandemic. But instead of holding them accountable, the EU allows the most aggressive countries to be excluded from the list, "said Oxfam.

After the changes, the EU list still includes 12 territories: Anguilla and Barbados were joined by American Samoa, Fiji, Guam, Palau, Panama, Samoa, Seychelles, Trinidad and Tobago, the US Virgin Islands, and Vanuatu.

The European list, which aims to fight tax evasion by multinationals and large fortunes, was created in December 2017 after the Panama Papers” scandal. Now the Mossack  Fonseca chickens have come home to roost

I should have put a finer point on the use of the word communist. Although there are many communists and cultural Marxists among those who populate the NGOs, supranational organizations, foundations, public-private partnerships, think tanks, talking shops, and other globalist organizations, the more accurate definition of the movement tying it all together and working feverishly toward technetronic enslavement of humanity is 'communitarianism'. It's neither fully Left or Right, but mostly Left, a comfortable place for communists and cultural Marxists. It's also very authoritarian with no regard for individual human rights. All that matter are the rights of the collective, You, as a person, an individual, do not matter. Communitarianism is not an easy philosophy to grasp, and cleverly uses language that can appeal to many people without them fully knowing what it means. It's trickery, basically. And we are being tricked right now with this plandemic into moving hard and fast into a communitarian/authoritarian model. This video packs in a lot, but it should help in understanding what is this stealthy Orwellian takeover philosophy called communitarianism. https://youtu.be/_q9CSKPJ-_Q

The NGOs pushing for global 'tax harmonization' are essentially communist front groups. Their mission is to bully the entire world into collecting maximum tax in a harmonized manner from all economic actors regardless of the level of services taxpayers receive or the fiscal budgetary needs of the country. If the country doesn't need to tax more, they engineer a catastrophe requiring the country to borrow from the IMF/WB so that higher taxes can be justified. Their globalist one world order plan is not possible until the entire world has been bullied into similar taxation schemes. No country is to remain sovereign after The UN/World Economic Forum's Great Reset, which has been accelerated by the Covid plandemic, moving the entire world under a single authority with a single global digital currency that allows automatic deduction of taxes and fees from everyone's digital account. There is to be no more national sovereignty and no more personal freedom. If we allow them to implement mandatory vaccinations and a biometric ID it's all over, folks. You can kiss your old life good bye and say hello to Orwell's boot stamping on your face forever.