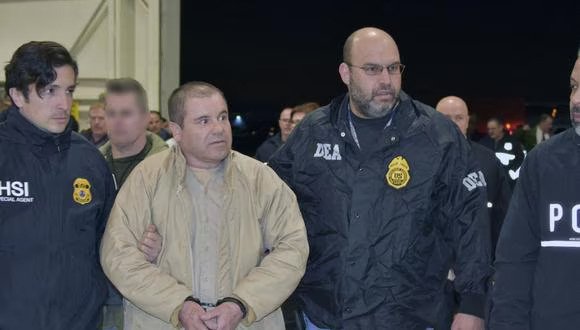 Mexican President Andrés Manuel López Obrador said Wednesday that he will review a request from drug trafficker Joaquín "Chapo" Guzmán that he be allowed to serve his sentence in Mexico, alleging suffering "psychological torment" in the US prison where he is reclusive.

"We are going to review [the request]. When it comes to human rights, there are ways and there are international instances," said the leftist president at his daily press conference.

López Obrador reported that the request, which was sent to the Mexican ambassador in Washington by the boss's lawyer José Refugio Rodríguez, has already been received by the Mexican Foreign Ministry.

"There is nothing more to see (...) if we have the possibility of doing it if we have the power to do it, but the door must always be left open when it comes to human rights," added the president.

Another view
López Obrador's statement contradicts what was said on Tuesday by his foreign minister Marcelo Ebrard, who said he saw no possibility of meeting the request since the former head of the Sinaloa cartel had already been sentenced in the US.

The lawyer Rodríguez confirmed Wednesday that his objective is for Guzmán to "return to Mexico to be tried for the criminal proceedings that he has" pending and to serve his sentence in a local jail, in accordance with a prison agreement between Mexico and the United States.

the written request to the Foreign Ministry "in the coming weeks", but stressed that López Obrador "has already told us" that he will study the case.

He also explained to the local television station Milenio that the fact that Guzmán has escaped twice, , from prisons in Mexico is not a "limiting factor" to request his transfer.

Rodríguez alleges that Guzmán suffers harsh prison conditions such as being isolated from other prisoners, not being able to communicate in Spanish, and not having "seen the sun" in the six years he has been confined.

"Chapo's" request occurs after the Mexican authorities captured Ovidio Guzmán, one of his sons and heir to part of his criminal empire, on January 5 in an operation that left 29 dead.

Guzmán In July 2019, he was sentenced to life in prison, which he is serving at the ADX Florence maximum-security prison in the Colorado mountain desert.