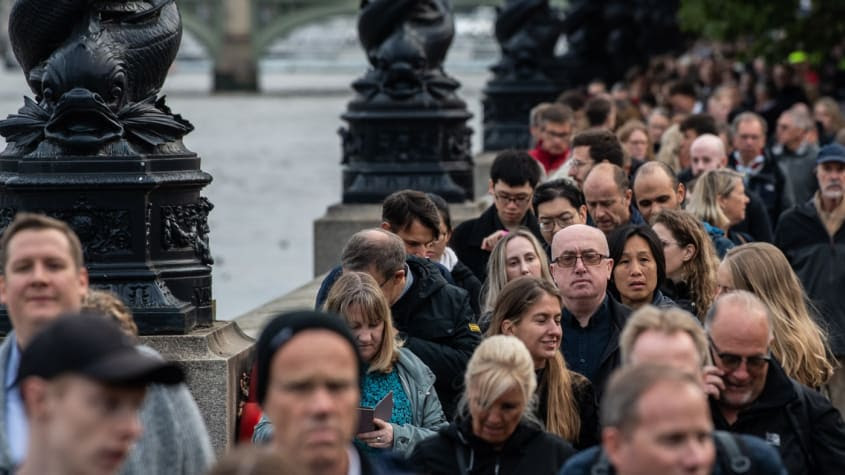 “An Englishman, even if he is alone, forms an orderly queue of one,” joked Hungarian-British humorist George Mikes in 1946. But even for a nation with a proud history of queuing, the 4.2-mile-long line currently snaking its way through central London is something of an oddity.

Whether you see it as “peak Britain” or a “triumph of Britishness”, reports from the queue itself are of good spirits and an event that has brought people together from all walks of life reports The Week.

Mourners coming to London from across the country to pay their last respects to the Queen as she lies in state have been warned to expect overnight queues and hours-long waiting times.

As many as 750,000 mourners could turn up hoping for one of the 350,000 places to see the Queen lying in state, said Politico. Measures are in place for the queue to “extend for up to 10 miles” with as much as “30 hours” of waiting time.

The Daily Mail reported that the queue could close “as early as Saturday night” due to the expected number of people. Officials are likely to close it at some point over the weekend if they decide “no more people will be able to make it in time to Westminster Hall to see the Queen lying in state”.

Meanwhile, some senior MPs have called for the Queen’s final procession route to be extended to “take into account the huge number of people from across the UK and world who want to pay their respects” and ensure “hundreds of thousands more” mourners are able to “see the late Queen”, reported The Daily Telegraph.