Flights to US  move towards pre-pandemic levels for  the vaccinated 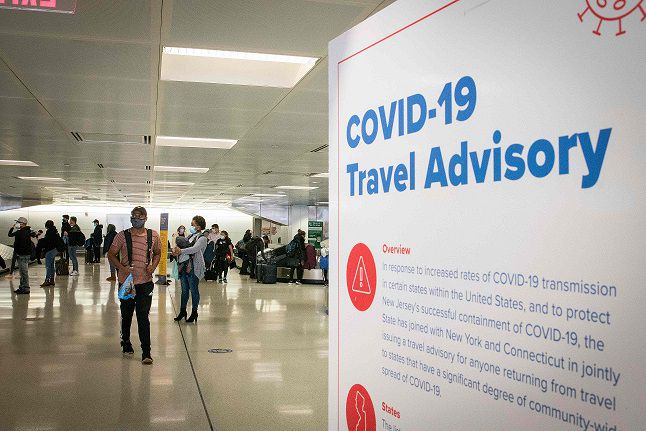 Airlines are preparing to receive vaccinated travelers from 33 countries including Panama on Monday, November 8, authorized to return to the United States after 18 months of border closures.

The White House announcement about the lifting of restrictions was expected for months by separated families, business travelers or simple tourists, since because of the virus, Washington drastically limited the arrival of passengers from those countries, including the Schengen area, Great Britain, China, India, and Brazil.

Ticket purchases immediately exploded. British Airways saw flight bookings and stays in some US cities grow by 900% in the days leading up to Christmas, compared to the week preceding the White House announcement.

At American Airlines, bookings jumped 66% to Great Britain after the announcement, 40% to Europe and 74% to Brazil.

The Air France company recently went from three to five daily flights between Paris and New York, its busiest line. On the route to Houston, it will replace the Airbus 330s with Boeing 777s, with more seats.

Air France expects to return between now and March 2022 at 90% of its pre-pandemic capacity in the United States, compared to 65% in October.

At United, the flight schedule to tourist destinations in Latin America has already returned to 2019 levels, but its international schedule remains at 63%.

The US firm is committed to transatlantic flights: it will reopen five new destinations in spring (Jordan, Portugal, Norway, Spain); will add flights to London, Berlin, Dublin, Milan, Munich and Rome; and it will reopen routes interrupted during the pandemic, including Frankfurt, Nice and Zurich.

Liar, Liar, pants on fire! Flights are not filled up with vaxxed; many people are opting for testing.