ENVIRONMENT: Breeding butterflies instead of cattle 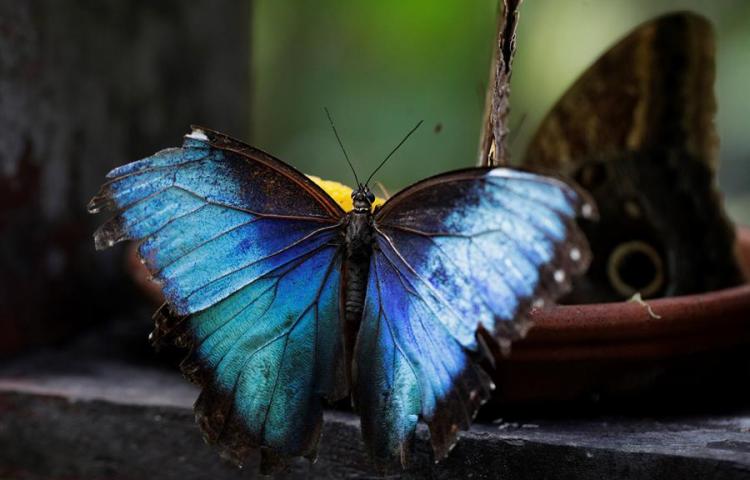 Breeding butterflies instead of livestock is an environmentally friendly move by a growing group of Panama farmers highlighted by a space dedicated to the conservation and exhibition of over 400  Lepidoptera in Panama’s Metropolitan Natural Park in the heart of the city.

Panama "has between 9,000 and 16,000 species of day and night butterflies, 10% of the global population," said Samuel Valdés, the director of the Mariposario at the park.

Therefore, the butterfly project is characterized by its economic, social and environmental approach, with the objective of raising awareness about the importance of butterflies for the health of ecosystems.

"We try to bring nature to a city as cosmopolitan as Panama City," whose inhabitants "live far from the environment. This is a space for education and recreation for anyone interested in the life cycle of butterflies," said  Valdés.

But it is also a key commitment towards ecotourism: "In about 75,000 square kilometers, Panama's diversity and surface ratio is very high," said Valdés.

In Panama "we have more species per square meter than other countries such as Colombia, Ecuador or Peru, which although they have more types of butterflies, their land area is 10 times more than Panama. Our biodiversity is compacted," he added., while a silver-blue Morpho butterfly, considered a national symbol, fluttered nearby.

The butterfly garden, opened in 2017, brings every 15 days chrysalis -  the cocoon in which the insect is enclosed during its development stage - reared in the Penonomé area, west of Panama, since the life span of the butterflies is too short: at most, about two months.

In this way, the space is always fed with butterflies in their different phases: since they lay their eggs on a specific plant, the caterpillar leaves, the chrysalis phase begins, and finally, it becomes a butterfly in search of solar energy and food like passion fruit or tropical pineapple.

The project also has an environmental character. At the national level: farmers are educated and trained to raise butterflies that are subsequently sold at between 50 cents and 1 dollar per chrysalis, depending on the life cycle of the insect.

A fact that has caused some farmers to put aside the traditional business of raising animals such as cows to invest in butterflies.

"We have initiated a training program for people living in the countryside so that they have a more balanced economy and do not necessarily depend on agricultural activities, as in that case, it is the production of butterflies, which is offered as a sustainable alternative with an ecological footprint "explained the director.

"I know a farmer who sold his cows and foals and has been involved in the breeding of butterflies. Currently, 50% of family income comes from the production of these insects," said  Valdés.