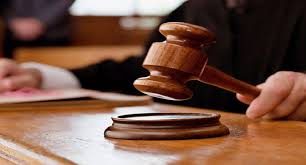 The almost $1 million fine imposed this week on former President Trump and his lawyer for carrying out frivolous proceedings, that is, using the law to harass adversaries and enemies, is something that should be imitated in Panama.

A large number of scoundrels in this country use justice, precisely, for harassment, establishing processes that do not go anywhere, but that make the defendant spend money on lawyers, lose time, and in many cases prevent justice from being done. in other cases, because judges and magistrates must attend these processes that, in addition, can make the complete journey: first and second instance, and until arriving at the Supreme Court. Tens or even hundreds of thousands of dollars are wasted on complaints and lawsuits that, knowing that they are bottomless, serve to harass the victims through the courts.

It is time to think about dissuasive fines, both for plaintiffs and their lawyers, in order to avoid abuse of the system, judicial terrorism, as well as the loss of time and money, not counting the intimidation of officials who do nothing but their duty. These abuses must stop, but stop now –