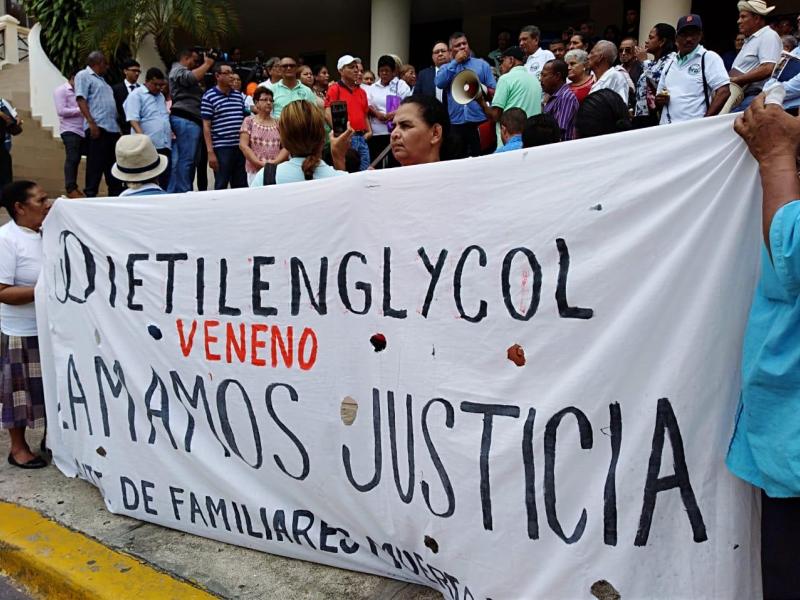 Survivors protesting at the Supreme Court 3 years ago. They are still waiting !

Hundreds of people continue o suffer the consequences of having ingested medicines produced by the Social Security Fund contaminated with diethylene glycol. This has been one of the worst medical tragedies in the world,  - for the number of people poisoned and for the number who have died - it has been much worse than the one suffered by about a hundred people in the United States in 1938, triggering the creation of the Federal Law of Food, Drugs, and Cosmetics of that country.

This month marks the 15th anniversary of this catastrophe, which has left a deep trace of pain, at the same time it has become an embarrassment for our public health system, which has treated victims of the poisoning with very little empathy. Patients have had to fight tooth and nail every little conquest to receive treatment or compensation from the state. The authorities have forgotten that they owe a debt to all those affected, but with each passing year, the 2006 scandal is buried under the weight of inhuman indifference and carelessness and by government shamelessness, incapable of assuming its responsibility in this done. Is this our solidarity Panama? – LA PRENSA Oct. 9.