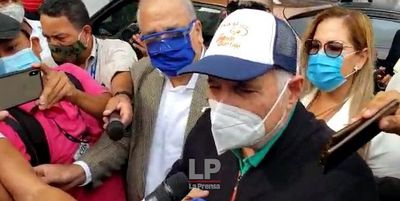 If there is something that former president Ricardo Martinelli knows how to do very well is using the law to intimidate. The justice system has been distorted, to the point that it has become a terrorist instrument, seeking to intimidate not only judicial officials but journalists, the media, even citizens who oppose or criticize it. Although the former president has the right to defend himself against what he believes to be attacks against him, the system must also reject what is clearly retaliation against officials who do their duty in the exercise of their duties. This legal harassment comes to be like a Damocles sword that hangs over the head of anyone who does not agree with his ideas or positions. How can a prosecutor or judge do their job if the system lends itself so that they can be prosecuted? It is quite clear what these complaints and demands are after: "If you are not with me, then you are against me." The antecedents that this gentleman is imposing with the abuse of the judicial system will diminish the strength of justice. Until when will these abuses continue? Enough fear of this judicial terrorism! -LA PRENSA July 3

OPINION: Bringing hope that America used to repr...
12
Justice or blatant cover-up?
1
Justice on Hold for Feudal Lord
0
When the powerful leave redemption too late
1
OPINION: No cuts for fat cats
1
Panama justice for sale
0

Uncanny how the opinion piece could be about the Trump regime with Bill Barr busy subverting the justice system. How many prosecutors has tRump fired..the ones looking into his crime family? The guy has destroyed the guard rails that once were represented by the Courts. The U.S. is going down the 3rd World rabbit hole, misruled by a Putín sycophant who willingly ignores his master paying bounties to kill our Troops. Traitor! Trump/Barr for prison 2020!

Better to be focus of the next Terrorist: Cortizo and his gang. They much more corrupt plus absolutely unfit to lead Panama.