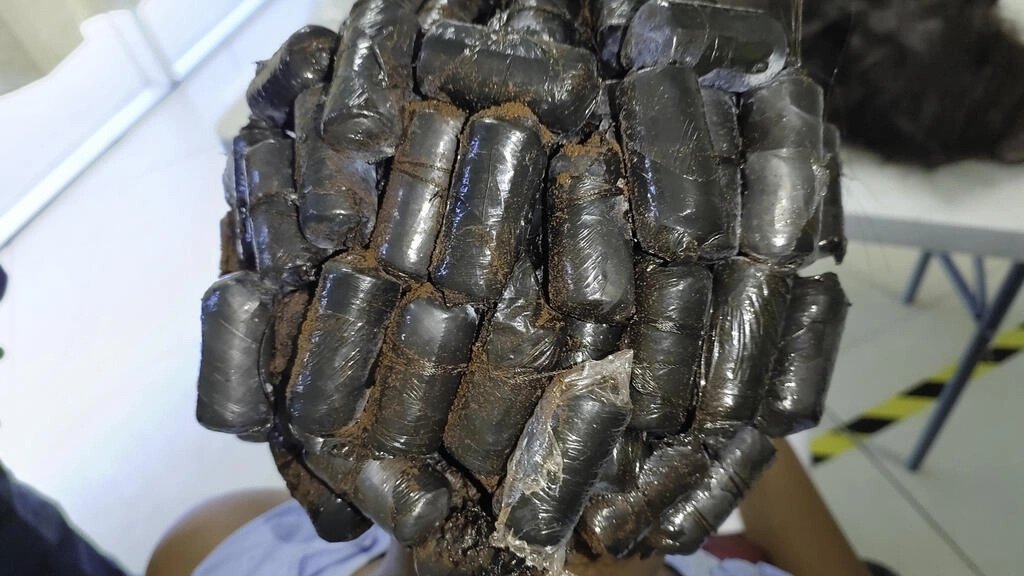 Panama drug prosecutor, Xiomara Rodríguez, reported the arrest, at the air terminal, of a Colombian woman from a flight from her country to Madrid.

According to the official version, the police approached this person after suspecting his hairstyle. After doing a scanner test, the agents found that between the braids of her natural hair and a wig that she was wearing, she hid drug tablets attached to her head.

Rodríguez said that the woman was wearing "68 cylindrical black wrappers with white powder (inside)" under her wig.

This form of drug trafficking is "unprecedented" in Panama, Rodríguez added, in a video posted on the Twitter account of the Panama Attorney General's Office.

Hours later, the prosecutor's office announced the arrest of "a second woman" with "67 packages containing suspected drugs" hidden under another wig. She also came from Colombia and was destined for Spain.

Within the curious modalities of drug trafficking, in 2021 the Panamanian police caught, on the perimeter of a prison, the "narcogato", a feline that carried cocaine, crack and marijuana tied to its neck, presumably to introduce it to the prison.

Central American authorities have warned of a significant increase in drug trafficking to Europe mainly through the Caribbean ports of the region.