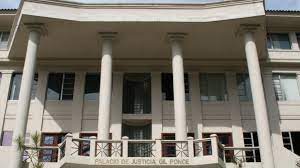 Panama’s Supreme Court has declared  “unconstitutional” the resolution of March 22, 2022, issued by the Electoral Court (TE) that ordered to maintain the electoral criminal jurisdiction of former President Ricardo Martinelli within the process for alleged money laundering related to the purchase of Panama America (Epasa) through the company New Business.

The ruling had the favorable vote of six of the nine magistrates that make up the Plenary of the Court, while another three cast a save vote.

The lawsuit was filed by the lawyer Héctor Herrera, on his own behalf, alleging that the TE magistrates had exceeded their functions.