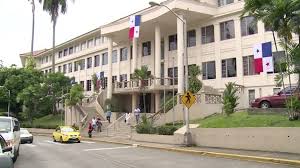 The sudden resignration of Attorney  Genera Eduardo Ulloa has generated a wave of reactions pointing to an institutional failure.

"The highest official of the Public Ministry must be able to tolerate freedom of expression and of the press, which is part of the nature of the position said the Panama chapter of Transparency  International.

Another point that the foundation stressed is that if Ulloa received external pressure, be it media, political, economic or criminal, he was obliged by law and personal integrity to inform the country and denounce them.

The members of the chapter recalled that the Attorney General must serve the citizenry, not power.

"An attorney who makes his management transparent and makes an alliance with the citizenry is an attorney who will have the strength and protection of the people he serves," said a  statement published Thursday.

“The institutions are not fulfilling the function for which they are designed in a Constitution that is already obsolete for social demands," she said.

The problem, according to the former attorney, is that the balance of the design does not work, because the Court, which is the one that can remove the attorney, investigates the political power and the political power investigates the Court. “That is a terrible failure of the system and it opens a huge gap to democracy. Gómez said that it is not known for sure what it is that has led Ulloa to resign In theory, nothing should happen to interrupt the course of high profile investigations but now the risk is that "they will put a person who lends himself so that nothing happens."

Juan Carlos Araúz, president of the National Bar Association said: “Today we are immersed in a collapsed system, that justice administration system was trapped in the 1980s, where the functioning of the State paid tribute to another form of society.

“No matter the face of the person who is going to sit, he sits in the middle of a collapsed system. We have not had the courage to recognize that the administration of justice is failed,m and that it is failed due to the neglect of long decades, its own institutionality has been deteriorating.”