Probe of financial aid to those with political links 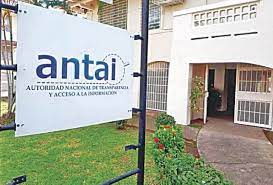 The National Authority for Transparency and Access to Information (Antai) is advancing with the investigation of economic aid that the Institute for the Training and Use of Human Resources (Ifarhu) gave to people close to politicians.

On November 16, Antai sent a letter to Bernardo Meneses, director of Ifarhu, and Gerardo Solís, Comptroller General of the Republic. it gave them five business days to respond, a deadline that expired Wednesday. Antai asked Meneses to provide authenticated copies of 13 files of relatives of politicians, most of them from the ruling Democratic Revolutionary Party, who received financial aid to study in another country.

It requested the files of Diego Ábrego Díaz, son of congressman Roberto Ábrego, who received $190,000; that of Kathy Ramos, Director of Gender of the National Assembly, ($15,000); that of Paola Testa, daughter of congresswoman Zulay Rodríguez ($61,000); and that of María Alejandra Panay, daughter of the General Secretary of the National Assembly, Quibián Panay and former assistant to Meneses.

Solís was asked for information from the registry of "those who have downloaded the information regarding financial aid contracts in the period from 2019 to 2022, or failing that, the list of users who had access to this application or to the database of said contracts in that same period”. It adds that what is required is "so that it is recorded as elements of conviction in the investigation directed by this institution as the governing body in matters of transparency and access to information."

The investigation arose as a result of a complaint filed by the lawyer Ernesto Cedeño, who even requested an audit on the subject; but the entity reported that it did not have the competence to carry out the procedure, and forwarded the file to the Comptroller.

The comptroller signed the endorsements for the payment of these economic aids, but to date, it is unknown if the audit is being carried out. On November 9, the Comptroller indicated to Cedeño that he will not endorse economic aid payments, "as long as they are based on legal or economic reasons that warrant such a measure."