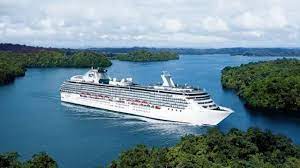 A ship flying the Panamanian flag has been sunk by Russian missiles and during the invasion of Ukraine and two others have been hit said the administrator of the Panama Maritime Authority, Noel Araúz, on Wednesday, March 16.

"We know that we had three vessels (with the Panamanian flag) that were attacked by Russian missiles, but the crews are all safe," Araúz told reporters during a public event.

Of these three boats, "there is one that sank (and) there are two that remain afloat with material damage" after the attacks, the official added.

Araúz also denounced that “the Russian navy” does not allow between 200 and 300 ships from different parts of the world to “leave the Black Sea”.

Among these ships, there are a dozen with a Panamanian flag, mainly for the transport of grains, and about 150 crew members of different nationalities, according to Araúz.

Panama claims that it has the world's largest registry of ships, with some 8,000 vessels, which represents 17% of the world fleet.

On February 25, and after the first attack on a Panamanian-flagged ship, the authorities  “strongly” asked to avoid transit in Ukrainian and Russian waters in the Black Sea and the Sea of ​​Azov.

“For those Panamanian ships in Ukrainian ports or transiting through the previous zone, they must maintain maximum vigilance and increase security conditions on board to protect the ship and the crew,” the Panama Maritime Authority warned at the time.