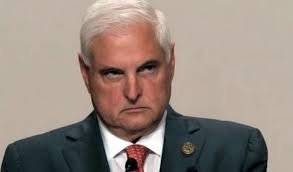 The National Directorate of Electoral Organization, of the Electoral Court (TE) , will ask the plenary session of the TE (made up of the three magistrates) to suspend the validity of the criminal and labor electoral jurisdiction that the members of Realizing Metas (RM) have, a party that recently held internal elections.

The measure reaches, among others former Panama president, Ricardo Martinelli, who serves as president of that political group.

The  Directorate made the decision after arguing that "the validity of the electoral jurisdiction should have ceased once the last proclamation of the event had been executed, as provided in article No. 360 of the Electoral Code ."

It adds that this situation has not occurred due to the suspension of the count and the call for new partial elections of the RM party, due to the multiple irregularities detected on April 24 when it held elections to choose the authorities of the Secretariats for Women and Youth.

In the opinion of the Directorate, "this generates uncertainty and an indefinite and atypical extension of the electoral jurisdiction to those registered, which is not provided for in our legislation."

The body also ordered to report the issue to the electoral administrative prosecutor on duty so that it proceeds in accordance with the provisions of article 480 of the Electoral Code; and to the Electoral General Prosecutor's Office, in order to determine the corresponding “criminal responsibilities”.

In a resolution of March 22, the TE magistrates, Heriberto Araúz, and Alfredo Juncá, decided to maintain Martinelli's criminal electoral jurisdiction, and therefore, for the time being, he cannot be prosecuted for the New Business and Odebrecht cases.

The third judge to liquidate criminal cases, Baloisa Marquínez, at the end of last January, was forced to suspend the preliminary hearing of the New Business case precisely because Martinelli invoked the jurisdiction. The judge asked the TE to withdraw that legal protection, but she met the refusal of the magistrates Araúz and Juncá.