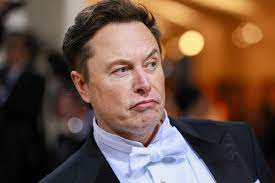 Elon Musk’s daughter revealed that she wants to sever all ties with her father in court documents that were filed in April.

Shortly after her 18th birthday, the teenager submitted a petition for a change of name, a recognition of a change of gender, and the issuance of a new birth certificate.

She is changing her name to Vivian Jenna Wilson. The last name was her mother’ Justine Musk's former surname.

Vivian filed the documents in LA County, and while one of her reasons for the requested changes was to correct her gender identity, she also revealed the extent of her strained relationship with her famous father.

The reasons listed behind the name change on the court papers read: “Gender identity and the fact that I no longer live with or wish to be related to my biological father in any way, shape, or form."

Neither Elon nor Vivian have publicly discussed their apparent fallout.