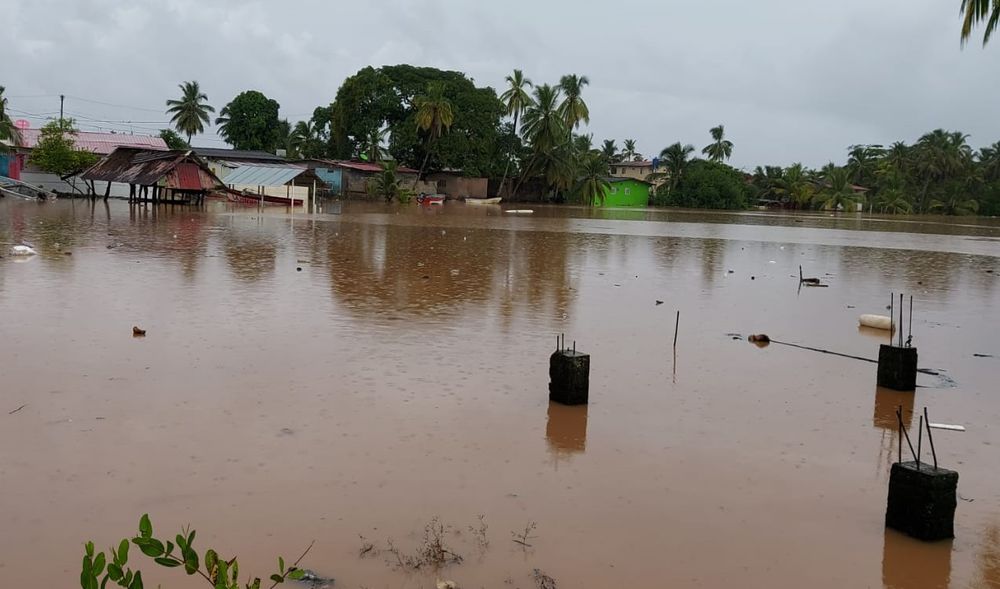 Dozens of families were affected by the floods caused by the heavy rains that fell in the district of Santa Isabel, province of Colón, due to the passage of a cold front.

In communities such as Nombre de Dios, Miramar, Viento Frío, Unión Santeña, Palenque and others in the district, where the heavy rain occurred on Friday and at dawn on Sunday, caused the overflow of several rivers on the upstream coast.

Pablo Salazar, mayor of the Santa Isabel district reported that preliminary figures add 86 houses affected in Nombre de Dios, 15 in Miramar, 9 in Viento Frío, and 12 in Palenque. There were also damages in the Unión Santeña and La Línea where the census is carried out by the National Civil Protection System, the Red Cross, and the communal boards of the townships. The water reached the height of the windows.

"This bad weather was terrible, nobody expected it and less in January when summer arrives and work is done to avoid the obstruction of the mouth of the rivers to avoid the overflow," said Salazar.