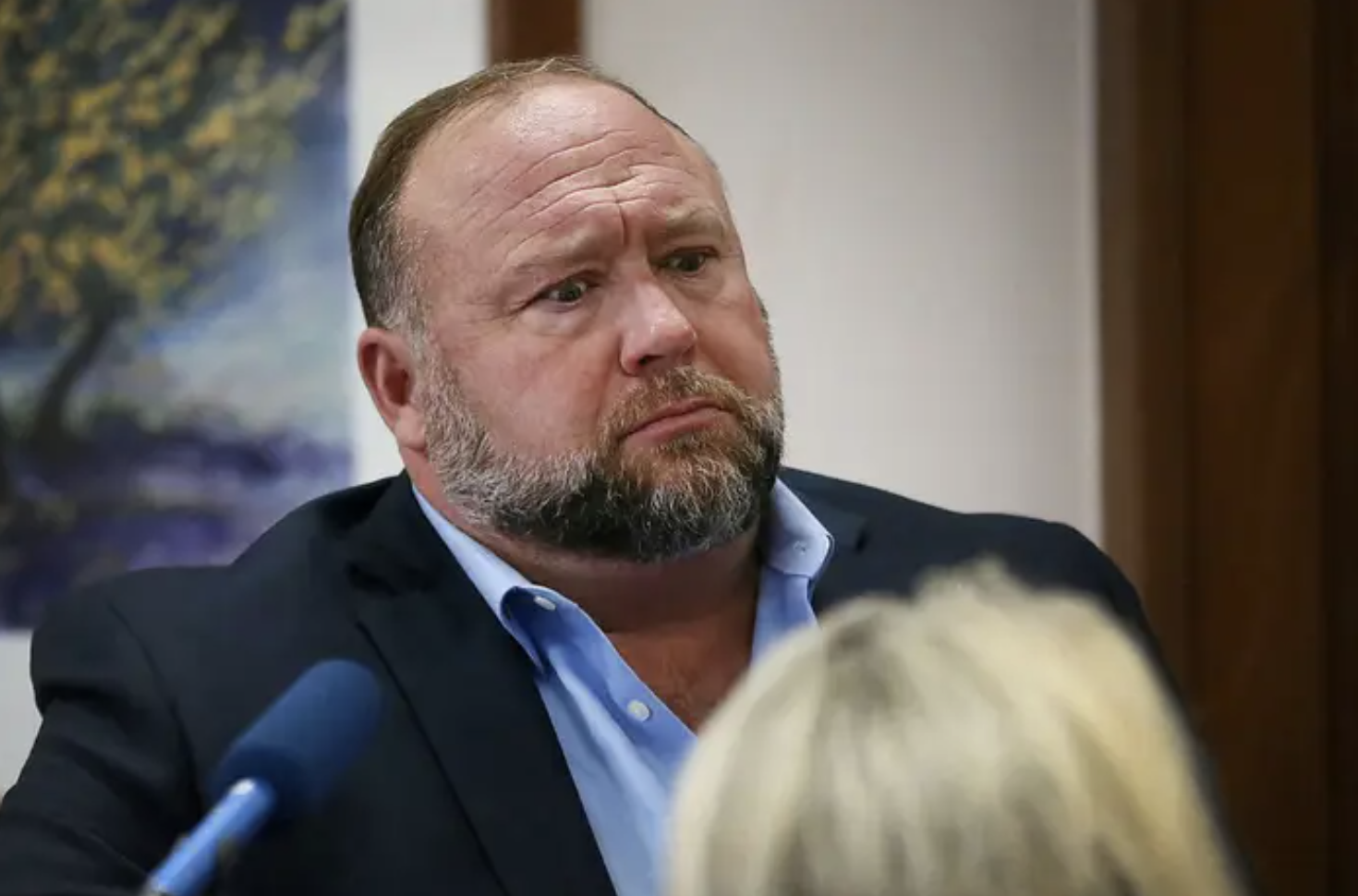 After years of spreading lies about the parents of murdered children, bombastic charlatan, and conspiracy pusher Alex Jones is finally being held accountable reports Buzzfeed News.

After less than a day of deliberating, a jury in Austin, Texas, on Thursday ruled that Jones must pay more than $4 million in compensatory damages to two parents of a first-grader killed in the 2012 Sandy Hook massacre. This comes after a judge earlier ruled that the Infowars founder defamed them with his frequent comments that they were crisis actors and that the mass shooting — in which 20 students and six teachers were gunned down at the school in Newtown, Connecticut — was staged as a pretext for gun control.

While on the stand Wednesday, Jones sought to walk back his past claims about Sandy Hook. Having portrayed his trial as a fight for the First Amendment in which he had merely been asking questions about established narratives about mass tragedies, Jones finally conceded the school shooting had been real. A second phase of the trial will now commence in which the jury will hear evidence about Jones’s net worth and determine how much to award in punitive damages.