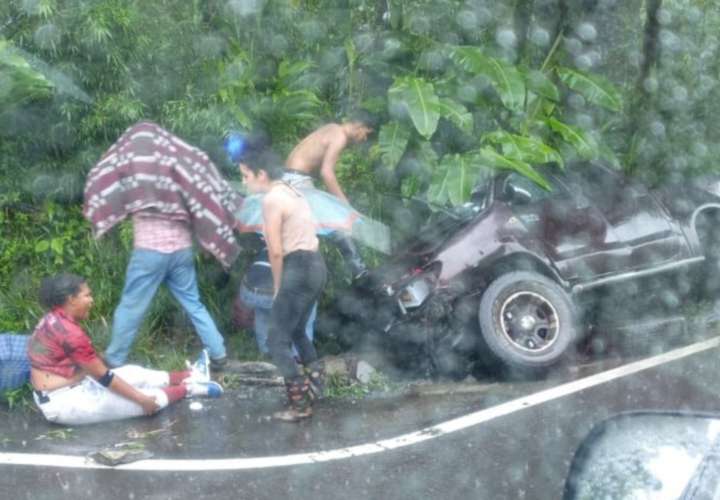 Thirty-eight people heading for a beach were injured, three of them seriously, when the bus carrying them plunged  50 meters into a ravine in the Capira sector on Sunday, January 1.

The diablo Rojo had left in the morning from the Tocumen sector heading for Las Cruce beach, an area outside the coverage of the Joint Task Force (FTC).

In the first investigations carried out by the National Directorate of Transit Operations National Police, Captain Luis Medina indicated that the accident was due to loss of control of the bus when mechanical damage was recorded.

Eight ambulances were called to transport the injured to the Nicolás A Solano regional hospital and the Santiago Barraza polyclinic.

Medina reported that in the province of Panama Oeste so far they have removed  135 buses from different routes because they do not have permits to enter beaches.