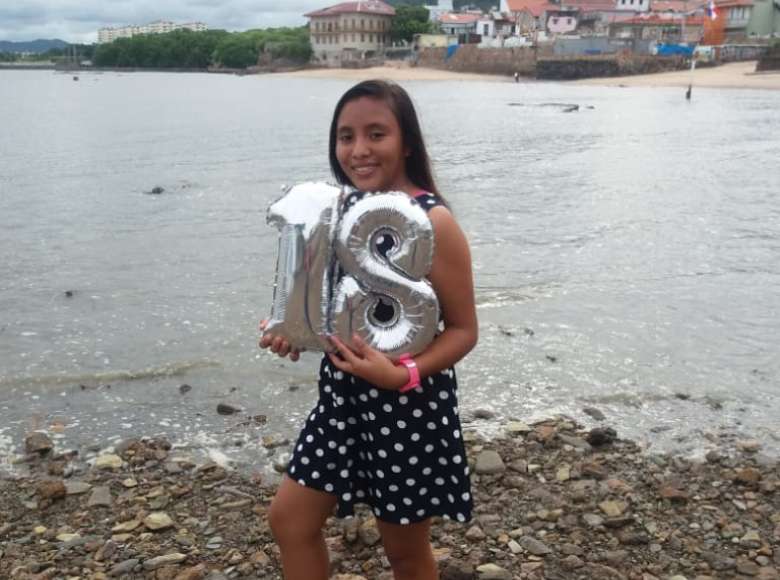 The body of the young woman presented multiple blows and was under several stones, which suggests that he or the perpetrators of the crime, tried to hide the corpse.

The body of an 18-year-old girl student  was found in a ravine in a wooded area of  Nuevo Emperador in the Arriajan district on Friday night. July 5

Lorena del Carmen Castillo Martínez, 18, was a student at the Fernando Lesseps Professional and Technical Institute (IPTFL). Her body was found aoon after 9 pm following several hours of searching by relatives in the vicinity of the road to the town of El Serrano, where the victim lived.

the parents of the schoolgirl, who had turned 18 years old ten days ago, had confirmed with friends from her daughter's school, her absence from school.

Neighbors in El Serrano, a hamlet of approximately 200 houses, said that the student used to leave her home at 5:00 in the morning for the IPTFL school.

Much of the road between the village and the main road to Nuevo Emperador is in complete darkness due to damage to the public lighting system reports La Critica.

According to relatives of the victim, the body was found approximately 75 meters away from the road, covered with rocks and wearing a blue skirt and a sweater with the IPTFL logo.

The trail where the body was found, serves as a shortcut to the sector of San Martín in Nuevo Emperador.