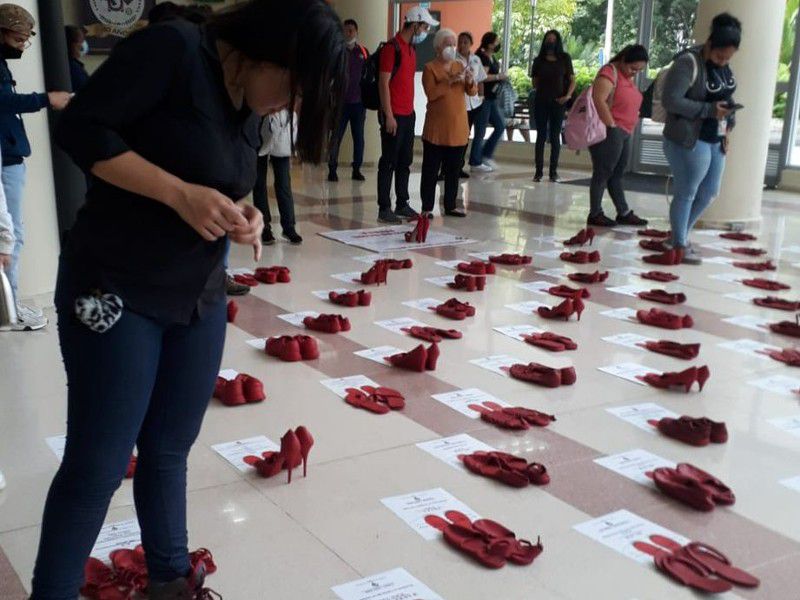 114 pairs of red shoes symbolizing women murdered, most at the hands of their ex-partners, between 2018 and 2022, were placed this week at the Technological University of Panama. Twenty pairs represent this year's victims.

Four years ago, the organization Espacio Encuentro de Mujeres carried out this exhibition that follows in the footsteps of Zapatos Rojos, the emblematic installation by the Mexican artist Elina Chauvet who has denounced violence against women in public spaces on different continents. The project began in Ciudad Juárez in 2009.

In Panama, the exhibition has been taken in previous years to the Cinta Costera, Plaza Concordia on Via España, the Supreme Court of Justice and the Albrook Terminal.