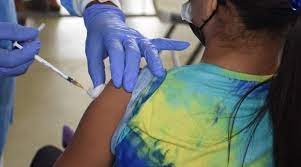 Panama is waiting for a combined vaccine that is currently being studied in the United States and that could be given to the population annually, to combat Covid-19 and influenza.

The announcement  came on Friday from the director of the National Secretariat for Science and Technology (Senacyt), Eduardo Ortega who said it could be ready between October and November of this year, and Panama would have access in the future.

Ortega stated that Panama is following up on the new drug with the advisory group of the Ministry of Health to make the decision, if necessary, to bring it to the country and apply it to the population.

He explained that there are laboratories that are combining both viruses in a single vaccine, so it is not necessary to inoculate twice.

He recommended that people who have not yet received the available vaccines do so to avoid serious illness and hospitalization.

He clarified that people who do not have the complete vaccine schedule will not be able to receive the combined vaccine.