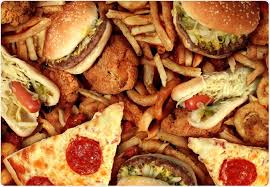 The goal of ending industrial trans fats is far from being achieved and 5 billion consumers worldwide are still exposed to these toxic substances, the WHO warned on Monday, highlighting a plan by Mexico to eliminate these chemicals from the diet.

The World Health Organization (WHO) set a goal in 2018 to eliminate these trans fatty acids from the world's diet by 2023.

In a report published Monday, the organization nevertheless acknowledged that this goal is currently "unachievable".

"They have no known benefit, pose many health risks, and generate gigantic costs for health systems," WHO Director-General Tedros Adhanom Ghebreyesus said in a statement.

Currently, only 43% of the world population benefits from a form of protection against these products, which the WHO estimates are the cause of cardiovascular diseases that cause 500,000 deaths each year.

Of the 60 countries that announced plans to eliminate industrial trans fatty acids, only 43 adopted best practices: a mandatory limit so that these substances do not represent more than 2% of the oils and fats in the whole of a food product or a ban on partially hydrogenated oils.

Industrial trans fatty acids are present in solidified vegetable fats, such as margarine or ghee, and are often found in snack foods, baked goods, and fried foods.

Manufacturers use them because they last longer and are cheaper.

"There are some regions of the world that don't know that the problem exists," Francesco Branca, the WHO's head of food safety, said at a press conference in which he stressed that there are alternative food products that do not cost more.

The laggard’s
Currently, nine of the 16 countries where there is an estimated highest proportion of deaths from coronary heart disease caused by trans fats have not adopted the recommendations. These are Ecuador, Australia, Azerbaijan, Bhutan, Egypt, Iran, Nepal, Pakistan, and South Korea.

"Honestly, when there's trans fat, people are dying and this should be banned," said Tom Frieden, former director of the US Centers for Disease Control and Prevention and now president of the NGO Resolve to Save Lives, which fights against cardiovascular diseases.

"There is simply no excuse for a country not to take steps to protect its population from a man-made toxic chemical," he said.