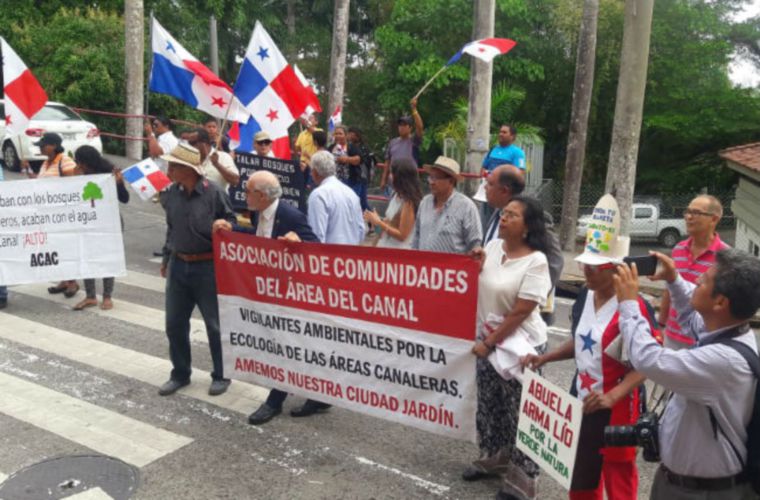 The extension of the Omar Torrijos road has become an icon of predatory devastation and government negligence. Its adverse impact on 13 hectares of the Camino de Cruces National Park generated well-founded questions that led environmental organizations, residents of the area and the Municipality of Panama to present an unprecedented criminal complaint against the MOP and Miambiente. In its hurry to start up this project, the authorities did not take into account designs that could avoid or reduce affectations; nor were alternatives that were not invasive to avoid damage to the protected area examined. As if that were not enough, when the work was 10% complete and the forest had been destroyed, the MOP took out an unusual trick from its top hat, when initiating procedures to terminate the contract signed with the consortium in charge of the project, based on a series of breaches. Since then, the works are paralyzed without anybody from the outgoing government giving coherent explanations about their immediate future. The present impasse offers an opportunity for the new authorities to investigate the irregularities that have distinguished this project, consider congruent mitigation measures - if any at this point - and sanction in an exemplary manner those who exhibited such a display of irresponsibility, failing, at the same time, to do their  duties as public servants. – LA PRENSA, July 7

" unnecessary profit, manipulation of the facts and a profound lack of environmental consciousness--" Well said Eugenie, it applies not only to this undertaking but to so many other projects throughout the country. Between greed and garbage Panama's unique environmental heritage is being destroyed.

"...the authorities did not take into account designs that could avoid or reduce affectations; nor were alternatives that were not invasive to avoid damage to the protected area examined." I would ask the same questions about the Ruta Sur project from Boquete to Potrerillos Arriba, which is a piece of the road project from Volcan to Boquete. The destruction of the forest and valley environment between Potrerillos Arriba and Boquete, is profound. The new steep, convoluted road is very likely not shorter than the existing route directly down to Dolega and back up, not faster, or safer. A whole new piece of highway was cut through the forest from Palmira to Potrerillos Arriba, where it then goes downhill to the intersection with Potrerillos Abajo, to connect with the completed part of the road coming from Volcan. The new Boquete-David highway has an intersection with the road to Caldera, at the same level as the intersection to Potrerillos Abajo. If the Ruta Sure had used the existing new David highway to the Caldera intersection, then cut directly over to the Potrerillos Abajo intersection, the terrain there is less steep, and less convoluted. The road project would have been less invasive, less destructive, less expensive, most likely shorter, definitely safer, and require less maintenance to keep the hillsides from crumbling down on it. I see no explanations other than unnecessary profit, manipulation of the facts, and a profound lack of environmental consciousness, to justify the placement of this road.