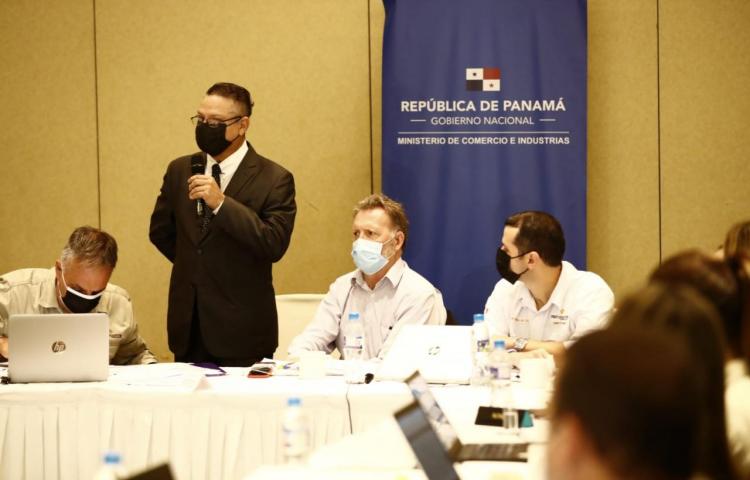 Both parties involved  in the renegotiation of the Minera Pamama mining contract have reached a series of agreements on environmental matters, which terminate the discussion of the topic within the discussion table said The Minister of the Environment, Milcíades Concepción.

*The creation of an office within the concession area of ​​the mine, for the supervision, control and inspection of environmental, labor and other pertinent activities.

*The obligation to have a permanent maintenance program for all mining, infrastructure and service works for the project.

*The development of a Contingency Plan and the installation of a system with real-time monitoring stations for the immediate attention of incidents and / or environmental emergencies.

*The elaboration of a database of the state of the soil.

*The presentation of a Mine Closure and Post-closure Plan.

Ramón Martínez, Minister of Commerce and Industry, said  that the points raised on the table were proposed by the Government and that the mining company accepted all of them.

"I want to reiterate to the country that the designated team acts guided by national interests. This is also to achieve the highest possible benefits from the exploitation of copper in the mine. The copper is Panamanian, as is our full territorial sovereignty", said the Minister. He added that the Panamanian State has among its objectives to align mining contracts with international standards and thus guarantee the best practices in the development of mineral exploitation activities.Labor issue

Martínez announced that the next thing they will discuss with Minera Panama will be the negotiations on labor matters.“Our proposal today was by virtue of a proposal presented by the Minister of Labor, Doris Zapata, in the labor aspects that are linked to the percentage of foreigners who can participate in the activity. These are the issues we are discussing so I could not give you a conclusion, "said the Minister. For the renegotiation, the Government of Panama convened an elite commission, which includes representatives of the Government, as well as expert negotiators from the country and a battery of international experts.