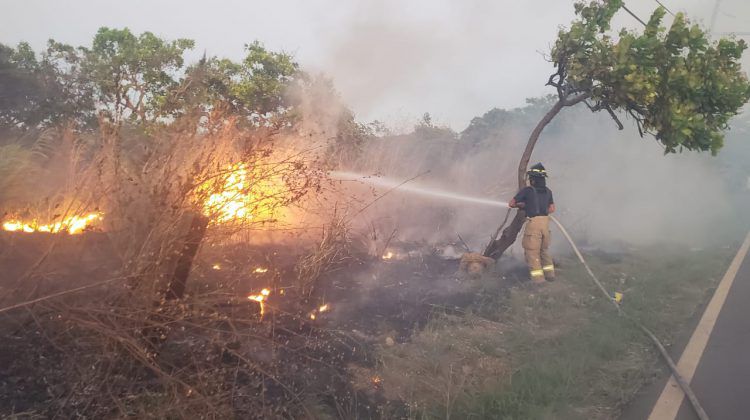 The Panama Fire Brigade is called out to at least eight grassland fires a day during the dry season.

in addition to putting people's lives at risk and environmental damage, these fires lead to economic losses.

Bomnberos extinguished 260 grassland fires throughout the country, which gives an average of 8.3 fires of this kind per day.

According to the report, the province of Panama is the one that registered the most plant mass fires with 63, followed by Chiriquí with 52 and Panama Oeste with 36.

In January 2021 there was a significant reduction in burns compared to the same month in 2020 when 415 grassland fires were addressed.

Major Jorge Carreño, advisor to the Firefighters' Vegetable Mass Fires warned that this situation could drastically increase the statistics as the days go by.

He added that most of the grassland fires that have occurred have been caused by the hand of man, through the use and change of soil, the poor disposal of garbage and the expansion of agriculture and livestock.