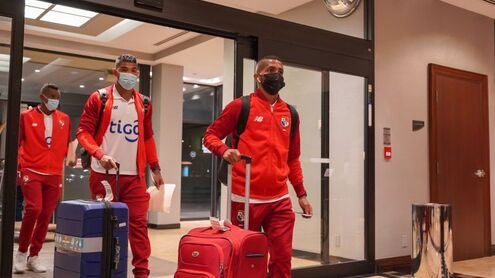 Inspired by the historic home win against the United States, the giant of Concacaf three days ago, Panama’s National Soccer Team will take to the BMO Field in Toronto tonight to face Canada.

The duel between Panamanians and Canadians is the sixth date of the Octagonal Final of the Concacaf qualifying rounds with a view to the Qatar 2022 World Cup.

Thanks to its victory against the Americans, Panama is third in the standings with 8 points. Canada is in fourth place with 7 points after their 0-0 draw against Jamaica.

The Panama team traveled to Canada on Monday night and arrived at dawn yesterday. Once they had rested, the group underwent training and field reconnaissance in the afternoon, setting the stage for today's game.

"The victory against the United States was important and long-suffering, but now we have to turn the page and now try to score points against Canada," commented attacker César Yanis in the last training session before traveling. “We know it will be a very difficult game against a powerful and fast team, but the team is united. We know that we will achieve great things, ”added Yanis, a Real Zaragoza player in the Second Division of Spanish football.

Taking into account the wear and tear of the first two games of this window against El Salvador and the United States, in addition to the long journey, it is expected that the coach of the Panamanian team, Thomas Christiansen, will make some changes regarding his starting lineup.

“Some changes will have to be made, but it will be a very difficult game, for me the most difficult, a bit also because of the six-hour trip, to get to the hotel at dawn. But it is not an excuse, we are going to compete and try to give another joy ”, said Christiansen in reference to the commitment.