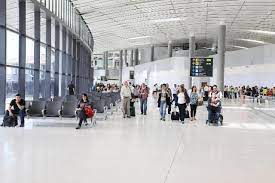 Tocumen International Airport (AITSA) has filed a lawsuit against Constructora Norberto Odebrecht (CNO, SA) for the payment of $20,737,513 million, for damages and losses caused by the non-delivery of Terminal 2 within the term. Tocumen SA sustains part of its claim based on costs incurred and costs to be incurred, which include, among others, fines for delays, supervision costs, security costs, and personnel expenses.

The lawsuit also considers damages for lost profits caused to Tocumen, SA for income not received from the rental of commercial premises due to the work commissioned within the agreed term and conditions.

The general manager of Tocumen, Raffoul Arab, said that on June 22 the processing of passengers began in Terminal 2 and for this Tocumen S,A had to incur multiple expenses, for not receiving the works in accordance with the terms of the contract.

Arab indicated that CNO has failed to comply with its contractual obligations, by not delivering the project within the agreed period, which consequently means that this company, 100% owned by the Panamanian State, has had to incur extraordinary expenses attributable to the contractors and stopped receiving income from the spaces that already had contracts.

this reason, the general manager affirmed that Tocumen SA has the right to obtain compensation for the damages caused by CNO, where national interests and the image of AITSA have been affected.