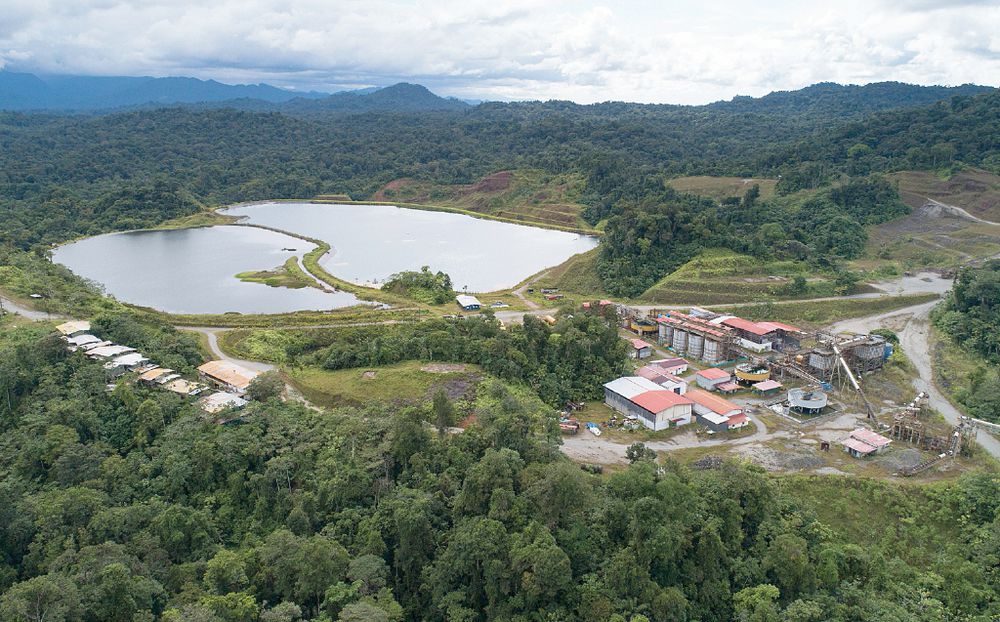 While operating the mine exported $200 millionof gold

The Ministry of Commerce and Industry has annulled the Molejón mining project concession, granted to the Petaquilla Gold company, transferred the lands to the State, and converted the 644.9 hectares related to the mine into a reserve.

TIsaías Ramos, a biologist at the Environmental Incidence Center, said that this project ceased operations in 2014 and currently the tailings tanks and other infrastructures are not properly managed, in an area that receives a large amount of rain, which could cause serious ecological damage.

The State had to allocate about $2 million, in 2016, to prevent the collapse of these tubs, although to mitigate the environmental impact in the area it was estimated that $30 million will be needed.

For the Environmental Incidence Center, the Molejón mining project, concessioned to the Petaquilla Gold company, is the best example that metal mining is not sustainable in the country.

Isaías Ramos, a biologist from this organization, recalled that the project —operating since 2011— ceased operations in 2014, neglecting compliance with its environmental management obligations throughout the area.

"Given the critical situation of the slope of the tailings tanks and others, which posed a serious danger to the environment and human health, the State assumed a series of jobs in 2016 for millions of dollars," he said.

Ramos' statements come after the Ministry published on Thursday. in the Official Gazette the resolution No. 19 of July 2015, by means of which the concession is annulled, these are transferred to the State. lands and the 644.9 hectares related to this mine become a reserve zone. In the considerations of the resolution, the MICI specified that after a time granted to the company to correct "substantial breaches" in the project, they found that there are still faults to date such as omission in the payment of royalties, and the worker-employer quota, as well as abandonment of operations and failure to adopt measures to protect the environment.

In the words of biologist Ramos, who has closely followed the issue, the outcome of the administrative process followed by the Ministry of the Environment to sanction the company and recover the money is still unknown.

Regarding the resolution, the ecologist explained that it was issued in 2015 to cancel the concession for this and many other breaches of the contract. However, the resolution was subject to a guarantee of guarantees, which was eventually rejected by the Supreme Court.

“It is important to bear in mind that Law 9 of 1997, which approved the contract for the Molejón mining project and other extraction projects such as the currently known Cobre Panamá, was declared unconstitutional since 2018, as it was agreed outside the Constitution and the law, "he said.

He added that one of his biggest concerns is that currently the tailings tanks and other infrastructure of the Molejón project do not receive adequate management in an area where a large amount of rain falls, exposing it to damage and affectations, as well as generating potential impacts on the environment. and the communities of the area.

The management of the tubs and the abandoned mine had to be assumed in 2016 by the Ministry of the Environment when it had to allocate about $2 million to pump the water that accumulates in the tubs due to the rains, strengthen the slopes, clean up the soils with hydrocarbons and give maintenance to certain spaces in the area.

The past government calculated that to recover the natural space in Petaquilla and to clean up the area completely, an estimated $30 million is required.

Félix Wing, former secretary of the Ministry of the Environment, indicated that the Molejón project is a failed mining project because, on the one hand, the Supreme Court of Justice declared the environmental impact study unconstitutional and, on the other, the contract for concession.

"They [the mining company] had tailings basins full of water that could overflow at any moment and that is why the intervention was carried out in the area during the last administration," said the former official.