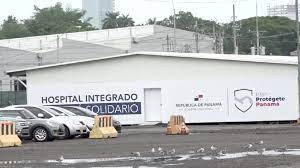 The project that resulted in the construction of the Albrook modular hospital was opaque, unsupervised and onerous. A work like this, which cost us millions of dollars, must be thoroughly investigated since the office  of the Comptroller General did not even want to intervene, and accepted as good what the Ministry of Public Works told it. But the truth is that it was never clarified if the modules were second-hand - a justified suspicion, after an investigation by this medium - and that professionals from the Panamanian Society of Engineers and Architects (Spia) also questioned as onerous. The pandemic has been a vehicle to deprive the State of funds, and not only in this project, but in countless purchases that government entities made and continue to make. The dehumanization has been palpable in these purchases, where a few - with friends in government - have profited from millions in grossly exotic sales and profits. Citizens demand thorough investigations into the use of funds in this pandemic. There have been hundreds of millions that we still do not know its use and justification, including this hospital, stained by suspicion and opacity - LA PRENSA, May 11